Rihanna Twerks ‘It Up’ 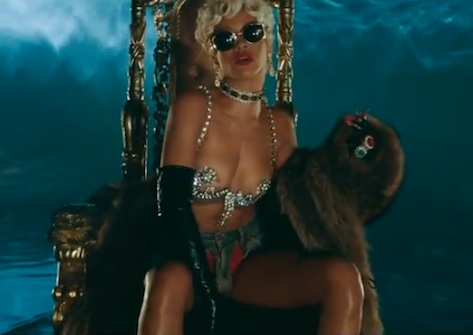 Rihanna's latest video for not-so-new song "Pour It Up" has tarnished the eyes of the innocent. Armed with a Carol Channing wig, diamond brassiere and a barely-there denim thong, the Bajan beauty throws it up for strippers across the globe. Sure, twerking is a thing now, but there are levels to it -- sorry, Miley. The dancers in the video give no holds barred performances on the pole and in water (which looks like a hazard by the way), and then Rihanna joins in on the twerking marathon. While lounging in her royal chair RiRi pops something for us and ends the video, head down and derriere up while wading in the water. Rihanna already exudes enough sexual energy to power a strip club generator. Did she have to twerk? No. Did she look good doing it? Yes. Considering the bills that appear in her thong later, she thought so too and tipped herself. All in all, the video was pretty basic and pretty low budget, but it doesn't matter because like Rihanna says in the song, "I still got my money." 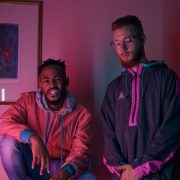