Robert Glasper Experiment Are On Another Frequency With ‘Black Radio 2’ 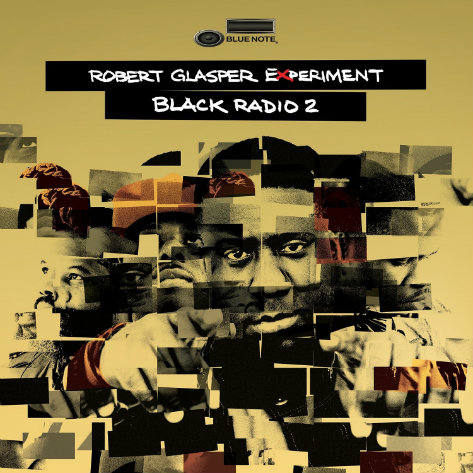 Success is an interesting thing. Once you've achieved it, you get showered with accolades and adulation, but it also means that much more is expected of whatever you do next. That's the position that the Robert Glasper Experiment finds itself in with the release of Black Radio 2, the follow up to the group's critical darling of last year Black Radio. While taking the same approach as its predecessor -- pairing the quartet with stars from all walks of the soul, R&B, jazz and hip-hop landscapes -- Black Radio 2 seems to be trying to reach further than its predecessor, bringing in not only the usual suspects who contributed to Black Radio, but bringing well recognized names that you wouldn't expect to hear over Robert Glasper's jazzy grooves (Brandy, Faith Evans and even Patrick Stump are just a few of the artists that make appearances here). Even with such a stellar cast of characters, though, one has to wonder if the group can make lightning strike twice or if the original Black Radio was just a fluke.

With such an illustrious guest list, one expects magic. And, for the most part, Black Radio 2 delivers. Brandy steps to the scene early in the set to hold her own on "What Are We Doing," riding the groove effortlessly. Jill Scott makes her mark with "Calls," the set's lead single. The subdued tune is lush, with Jill's vocal playing off Robert's piano as if the two had been performing together for years. And Dwele sitting in with the crew for the easy, breezy "No Worries" was a no brainer.

The real magic, however, begins when Norah Jones takes off with "Let It Ride." Reminiscent of soul's flirtation with drum-n-bass in the late '90s/early '00s, quick raps of snare and cool piano provide the perfect accompaniment to Norah's signature laid back vocals. Songstress Emeli Sandé also impresses with "Somebody Else." The song, which finds the Scottish chanteuse wishing she were someone else to avoid her current state of heartbreak, shows how great Emeli can sound over production that is straight up R&B. The incomparable Lalah Hathaway contributes the regular version of the album's sole cover, taking on Stevie Wonder's "Jesus Children of America." While this version strips the song of its '70s funk, Lalah still manages to convey the song's fiery energy with her husky vocals -- even not letting Malcolm Jamal-Warner's slightly clumsy spoken word piece that comes toward the song's end.

Unfortunately, for all its sterling moments, a few songs here just don't work. "I Stand Alone," which features Chi-Town rhymer Common and Patrick Stump, is a well-meaning misfire, partially because Stump's vocal doesn't really work here. As well, players that one would've thought fit perfectly within the Robert Glasper Experiment aesthetic fall short. Marsha Ambrosius ("Trust"), Anthony Hamilton ("Yet to Find") and Faith Evans ("You Own Me") each underwhelm with run-of-the mill showings. This is mainly because, while solid, these tracks lack the wow factor and transformation others on the set bring to the table.

As far as the four bonus tracks available on the deluxe edition (five if you happen to get your hands on the Japanese version), each is fairly unremarkable despite featuring talented guests. Awkwardly named "Big Girl Body" features Eric Roberson spinning a cautionary tale about a young girl whose blossoming body gets her into trouble, but something about the arrangement loses sight of the message. "You're My Everything," a duet between Bilal and Jazmine Sullivan, surprisingly lacks the vocal pyrotechnics that both singers are known for, inexplicably reining them in when listeners expect both to show out. The Macy Gray and Jean Grae-featuring "I Don't Even Care" unfortunately lives up to its title, with a soundscape that doesn't match either artist very well. Luckily, all is not lost, though, as the group's cover of Bill Withers' "Lovely Day" is a winning and fun one, with band member Casey Benjamin's vocoder vocals adding a strange but yet inviting texture into the mix.

Under normal circumstances, Black Radio 2 would be damn good album. Not every moment featured is a standout or memorable, but when the chemistry between the quartet and the featured artist is right the moment is simply captivating. However, BR2 comes on the heels of a much better predecessor, which makes its shortcomings stand out all the more. Mired by a lack of chemistry with some of the artists and a tendency for a lot of the songs to sound almost exactly the same, Black Radio 2 just doesn't step out of the shadow of the original. That being said, it still achieves Glasper's goal, as it definitely rises above most of the mainstream R&B that's constantly clogging up the radio airwaves.