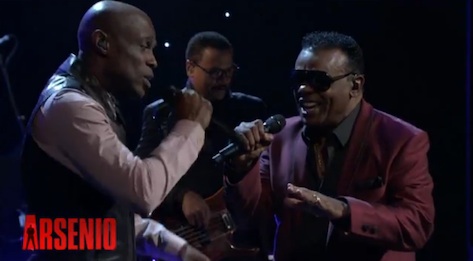 This year we saw the return of Ronald Isley with the stepper-centric This Song is For You. For Isley to be on the right side of 60 years in the music business, he still has the ability to get everyone in his or her feelings and on the dance floor, which he did with this record. This smooth offering included some throwbacks and innovative offerings from the legend, but the standout collaboration between Isley and KEM on "My Favorite Thing" really knocked it out of the park. The duo took their talents to The Arsenio Hall Show earlier this week where they both sprinkled some soul seasoning all over late-night television. Mr. Isley still hung on to his patented falsetto, while KEM made the ladies swoon with a sensual rap. It was good to see Ernie Isley still in the mix, too, and holding it down on guitar. Watch these distinguished gentlemen in action.