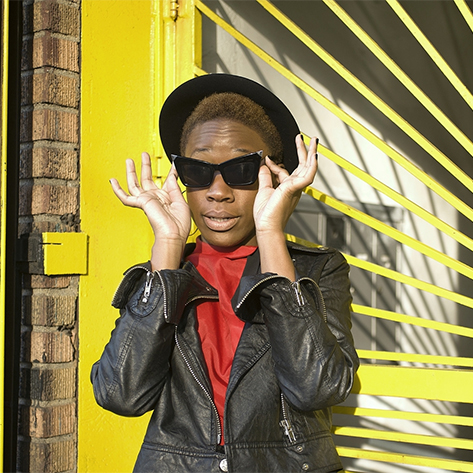 Kimberly Nichole is playing no games as she gears up for the release of her sophomore album The Lonely Bones. The Seattle-bred Rock Ballerina has been consistently conquering underground stages since her 2010 debut with The Yellow Brick Journey and now she's back bringing the noise with her high-energy single "Sarah The Devil." Recently deemed as the Mistress of Madness, Kimberly holds nothing back with this new record and manages to bring all of the power of her live show along with her on this three-minute ride. Penned by the Ballerina herself, along with John Q. Kegler, "Sarah The Devil" is a bold number about a brave soul who refuses to live by the rules. Be careful. By the end of the song you'll be ready to storm out of work chanting, "you can't make me live my life 'cause it won't do!" Download Kimberly Nichole's "Sarah The Devil" off of iTunes, Amazon or the digital market of your choice and look out for more from the Rock Ballerina in 2014.


TAGS:  audio, John Q Kegler, kimberly nichole
Previous: Yuna Can ‘Rescue’ Us Any Time Next: Don’t You ‘Wanna Have Fun’ With LOLAWOLF?