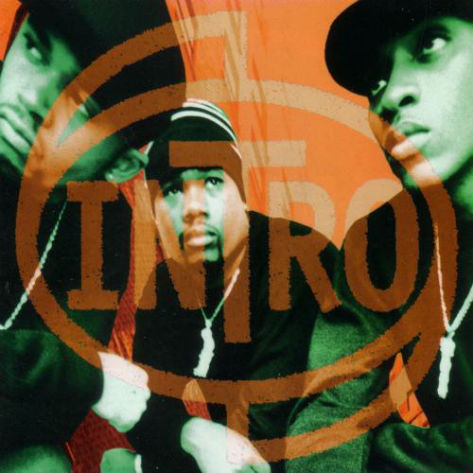 Besides the '90s being the decade that hip hop went mainstream, it can also be considered the decade when the male R&B group reigned supreme. The early '90s brought about a plethora of harmonizing trios, quartets, quintets and then some. Video countdowns were dominated by the likes of Boyz II Men, Jodeci, Shai, Color Me Badd, Hi-Five, H-Town and more. While some of the groups enjoyed moderate success thanks to a popular song or two (Riff or 4 P.M., anyone?), many would eventually become mere footnotes in an overcrowded landscape. However, a select few were able to distinguish themselves from the rest, making certain that their music would stand the all-important test of time. Intro was one such group. While chart-topping success would be just out of reach for the trio, their self-titled debut album has remained one of the more essential offerings from the era.
Center

Coming straight outta Brooklyn, members Kenny Greene, Jeff Sanders and Buddy Wike were brought together by their love of music. After inking a deal with Atlantic Records, the group went on to release their debut in March 1993. Led by Greene, who handled much of the songwriting and lead vocals, Intro quickly asserted themselves on the musical front by striking a balance between the contemporary New Jack Swing sounds of the time and the more traditional R&B sounds of the past. While on the surface, their look was pure hip-hop thanks in part to their baggy jeans, skullies and Timbs, their three-part harmonies were 100% soul.

Intro was divided into two parts (or two sides if you were like me and still rocked cassette tapes in '93), with the first half featuring the more uptempo numbers, two of which would be released as singles and the second half featuring ballads. "Love Thang" would serve as the group's introduction to the world. Produced by Eddie "DJ Eddie F" Ferrell of Heavy D & The Boyz fame, the song appealed to both R&B and hip-hop fans alike with New Jack sensibilities. Leaning heavily on a sample of Edie Brickell & New Bohemians' "What I Am," the song earned the guys more than a few radio spins, climbing its way to the #31 spot on Billboard's R&B/Hip-Hop Airplay chart, where it remained for 20 weeks. "Let Me Be The One" would be their other uptempo single, eventually finding its way to the #18 spot on the same chart and would also land at the #87 spot on the publication's year-end R&B/Hip-Hop Song chart.

However, it would be the group's ballads that would really boost their career. "Come Inside" remains Intro's most popular and most successful song. Co-written by all three members, the song would become their calling card with its super sensual undertones. And even now, some 20 years later, the extended version with its explicitly realistic sound effects is racy enough to still make me blush like I did when I was an awkward 15-year-old hearing it for the first time. "Come Inside" managed to be sexy while still leaving something to the imagination. The formula obviously worked with the song simultaneously climbing multiple charts and countdowns, including Billboard's Hot 100, R&B/Hip-Hop Airplay, Radio Songs and Hot R&B/Hip-Hop Songs charts.

The fourth single from Intro that also put the guys on the map was their cover version of Stevie Wonder's 1982 classic "Ribbon in the Sky." Staying true to the original with their vocal arrangement, the song's instrumentation got an updated spin, making it accessible to fans of the original while also introducing it to a younger audience. Even old heads like my father, who was initially resistant to the hip-hop tinged sounds of the '90s, came around, admitting that Intro's version was a proper homage to Stevie's version. Other album standouts included "One Of A Kind Love" and the bonus track, "Ecstasy of Love." At long last, it seemed the boys from Brooklyn had arrived.

With their 1995 sophomore release New Life, Intro debuted a more mature and introspective sound. Though the album didn't reach the popularity of its predecessor, it further cemented Intro's spot as one of the decades' most essential acts. Greene would go on to enjoy success as both a vocal coach and songwriter, penning such hits as Mary J. Blige's "Reminisce" and "Love No Limit." He even won the Songwriter of the Year Award from the American Society of Composers, Authors & Publishers in 1994.

Unfortunately, the group's fairy tale would not have a happy ending. After fading out of the spotlight towards the end of the decade, Greene reemerged in 2001 via a shocking interview with Sister 2 Sister magazine in which he revealed that he was bisexual and suffering from full-blown AIDS. The interview caught everyone off guard, but no one was prepared for his death only a few months later at the age of 32. His death all but brought the group's momentum to a screeching halt. Though he was later replaced by two new members, Ramon Adams and Eric Pruitt, the Intro that we had all come to know and love was essentially over as music fans were left reeling and wondering about what might have been. Although we may never know what the future may have held for Intro, the group's stamp on the era remains, thanks in part to their solid debut.