SoulBounce’s Class Of 1993: The Roots ‘Organix’ 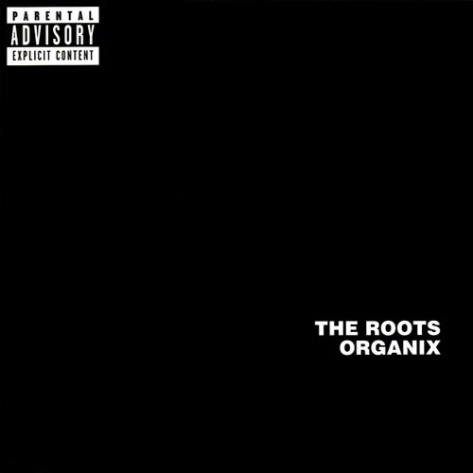 To be honest, The Roots' Organix is a "first pancake" album. Allow me to explain. You know when you make pancakes (after you play a game of basketball, of course) and you make that first one and it comes out all thin, misshapen and just bit undercooked? This is what Organix is. It's that "first pancake" you make before you begin to get the hang of it and a nice, golden and fluffy stack is made. Still there is nothing wrong with the first pancake. You still eat it, right? I mean, you don't want to be wasteful? And you've got to admit, it still tastes pretty good. Well, the same can be said for The Legendary Roots Crew and their first introduction to the world, because as abstract and makeshift in its construction as it is -- a wasteful album the Roots do not make. What they serve up on Organix is an engaging first taste of intrigue, one that would ultimately set the tone for what was to become the winning formula for one of hip-hop's most unique, innovative and astute acts.

Organized in Philadelphia circa 1987 by schoolmates, percussionist Amir "Questlove" Thompson and Tariq "Black Thought" Trotter, The Roots began as apt as their name -- in the underground. A well-oiled secret they were to those who were fully entrenched in the East Coast hip-hop scene in the early '90s, but like any other act they wanted to break above soil and did so in 1993 with the release of Organix. It was released on a shoestring budget, all written, composed and recorded by the group, and mostly sold during their tour stops. It proved to be a smart move as buzz was promptly generated for the group, and it generated enough that by 1995 they found themselves on a major label and their proper debut Do You Want More?!!!??! released some time later.

In a lot of ways this homegrown approach to major label recognition isn't new, but back in 1993 there weren't music aggregators like SoundCloud or promotional tools controlled by music nerd consumers called music blogs around to promote indie acts to a widespread audience. The Internet hadn't even taken a stronghold at this point, so the fact that The Roots received recognition without all these tools that now make it easier for independent acts to be recognized is impressive and is a classic example of how the talent of The Roots crew was of volume proportions making them hard to ignore. Still the road to mainstream success was a steep climb, as Organix is a rebel yell but not fully focused one.

They trumpet their arrival by whispering hypnotically that 'the roots are comin'' and then dive into the blazing two-fer of "Pass The Popcorn" and "Anti-Circle." They continue by bringing hypnotic heat on "Leonard I-V," adopting a similar approach to the spacious jazz and boom-bap sound that A Tribe Called Quest did on their iconic The Low End Theory, and this backdrop gives the crew ample enough room to roam as they jump from zippy interludes or delve into more sprawling joints like the nearly 13 minute "longest posse cut in history," "The Session." Hints of their humor come out in several moments, the best being a slight ode to a beloved breakfast side dish ("Grits") where all members, even Questlove in a rare moment, get a rhyme in. When Scott Storch (yes, that Scott Storch) lends his Fender Rhodes on "Good Music" it encases the track into a pronounced neo-soul texture, a foreshadow to the the backdrop the group would further their career on. To me, "Good Music," "Pass The Popcorn" and the more realized, "I'm Out Deah" are where the Roots really excel and show promise.

The album is a lot of fun once you get into it, as it plays like jam session where The Roots throw out a hodge-podge of ideas and rhymes that splattering and color like a Jackson Pollock painting. The crew are free to really express themselves on this approach, all the politics of the music gamut aren't there, and they don't have to act a certain way, they can be as is. All the optimism and the eagerness allow Organix to be, well, organic in its deriving, as whatever is coming off the top of the head is all right here, uninhibitedly.

Organix is not their worst effort (sorry to break it to you, 2004's The Tipping Point) as it's a lot of things thrown at you at once, but you can tell that this is a group trying to find their niche, with the voices of each member, trying to slip out. What is largely impressive is the musicianship, and the Roots do live up to being a true band, as the basslines by Leonard "Hub" Hubbard are punchy, Storch's keys are melodic and Questlove's unpolished percussion skills are the heart of the operation, all wearing their jazz influence proudly and without pretension. Black Thought might not be the most decked out MC that ever fronted a crew, but alongside Malik B. asserts dagger-like and fluidly evokes passion and resonates fully with what he's delivering. All this hunger to be heard and respected, and the united musicianship they have just pours right of Organix's pores, and that altogether makes me feel a little nostalgic for these bygone days of hip hop.

So much flash-and-flaunt happened to hip hop in later years that we can almost forget how raw and honest it can be. The act of rap in the beginning was to rebel against mainstream America, but has now strangely become a means to now conform to that mainstream. Even The Roots themselves adopted this approach as later on they've geared their music to more accessible hook-laden efforts (2002's Phrenology and 2010's How I Got Over), and made refined conceptual storytelling (2011's Undun). Still, Organix shows the fat trimmed off of hip hop; all the braggadocio, branding and bulls**t of what hip hop has become these days is non-existent here.

I came into Organix around the time I saw The Roots live in concert on a bill with Gym Class Heroes and Estelle right after the release of Rising Down in 2008. I had just been a casual fan at the time as Things Fall Apart was the first complete album I heard and liked from them, but seeing them live made me a life-long fan as I was blown away by the tenacity and rareness of their ensemble.

What I've always liked about The Roots was that the journey was always about the love of music and their willingness to find newer ways to express that love. I can tell not just from reading Questlove's recent literary venture on his Mo' Meta Blues memoir (he's definitely my kind of music nerd guy), but in how the Roots had a more honest approach to their sound. They weren't shoving problematic materialistic ideals or spewed misogynistic tripe and didn't detail violence or encourage the behavior. In 1993 these mindsets were slowly becoming normal radio hit baiting faucets in the hip-hop fold, and The Roots could have easily sold out and gone this direction but, in turn, chose not to. This was something that made me like them even more as they welcomed me into a genre that was a part of me as far as racial aspects go, but didn't always Lego block lock with me on a personal level.

So this is why it's kind of hard and not hard to believe why The Roots have stuck around as long as they have. The Roots could have faded out once more MTV-approved rap superstars became fashion, but in reality they thrived, as they were the alternative to the norm and kept in mind that hip hop, as problematic as it can be, is still an art form of itself that celebrates the need to express.

To listen to Organix with 2013 ears is to have look at The Roots position today to appreciate its existence. Various members have rotated in and out (Questlove and Black Thought remain the constant), but they have racked up 10 albums (adding to that two ensemble albums with John Legend and Elvis Costello), have scraped up a GRAMMY Award or two and have been the house band for Late Night with Jimmy Fallon since his tenure began in 2009. And the whole time they've remained consistent. I don't think anybody back in 1993 would have pegged this band to be around that long and have done so much, but they have. So have they gone all soft serve due to these mainstream gigs, hits and accolades? Nope. To me, what they've done over the past 20 years is nothing short of a success story, and Organix in all of its bare bones nature is just the raw first chapter -- the first pancake -- to the ongoing saga of what is and will continue to be The Legendary Roots Crew.