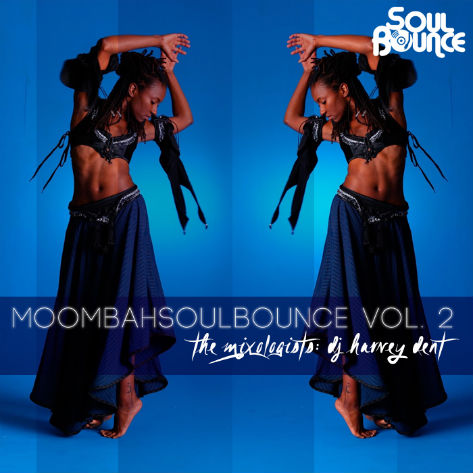 It was a little over a year ago when dj harvey dent joined The Mixologists family with his first mix for SoulBounce entitled MoombahSoulBounce, and what a year it's been. Since that time he's given us two more dope mixes, and he's here to deliver his fourth for your moving and grooving pleasure. Returning to the Moombahsoul sound that he introduced us to last October, dj harvey dent breaks us off with MoombahSoulBounce Vol. 2. He's been so inspired by this sub-genre of music that fuses house, reggaeton, soul and jazz that he wanted to revisit it with us and who were we to say no when we heard this hot blend of tunes from Sade, Hall & Oates, Janet Jackson, Miguel, Aaliyah and so many more like we've never heard them before. Get some MoombahSoulBounce Vol. 2 in your life, and stay tuned for more from dj harvey dent and SoulBounce in the weeks ahead.