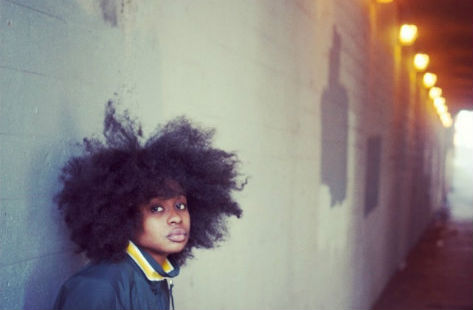 While it's been nearly one year since we heard new solo material from talented singer-producer Gwen Bunn, it doesn't mean that she hasn't been keeping busy. Just in 2013 alone, she's lent her vocals to not one, but two, of our favorite releases, showing up on Zo!'s album ManMade on "Count to Five" and then again on "Can't Turn Around" from The Foreign Exchange's latest Love in Flying Colors. She also showcased her production skills on the Schoolboy Q and Kendrick Lamar collabo "Collard Greens," proving that R&B isn't the only genre she knows her way around. Now, she dons her solo artist hat once more with the release of her latest self-produced single "Nervous." Chock full of ethereal layers and effects, this short-but-sweet tune just fans the fire of anticipation to hear more from this multi-talented Georgia peach. Even though she reveals that the song's inspiration came about after her home was burglarized three times several years ago, the song's sensual vibe belies its more traumatic origins. Bunn's sophomore effort Melody Dungeon is set to drop in January.