We Can’t ‘Blame’ The ‘Black Girls Rock!’ Audience For Being In Awe Of Ledisi 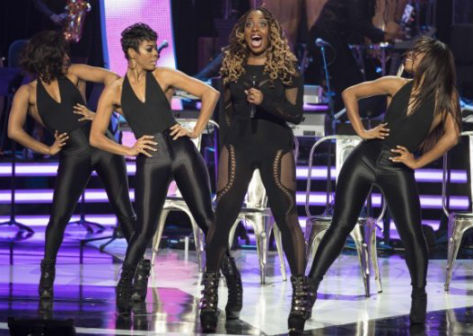 BET's Black Girls Rock! was chock full of stellar performances from beginning to end -- and how often can you say that of any awards show? One of the most impressive and stunning showings of the night came from BGR and SoulBounce favorite Ledisi with her smoking hot performance of her latest single "I Blame You." Taken from her upcoming album The Truth, Ledisi looked slim, trim and fine as wine as she belted out the fun and funky number backed by a bevy of dancers in equally skintight catsuits and even showed out with an impressive dance routine. Of course, the real star of the show were those killer vocals -- has anyone ever heard Ledisi hit a bum note? -- which had the audience whooping and hollering like nobody's business. Hit the bounce to see and hear just what all the fuss was about.