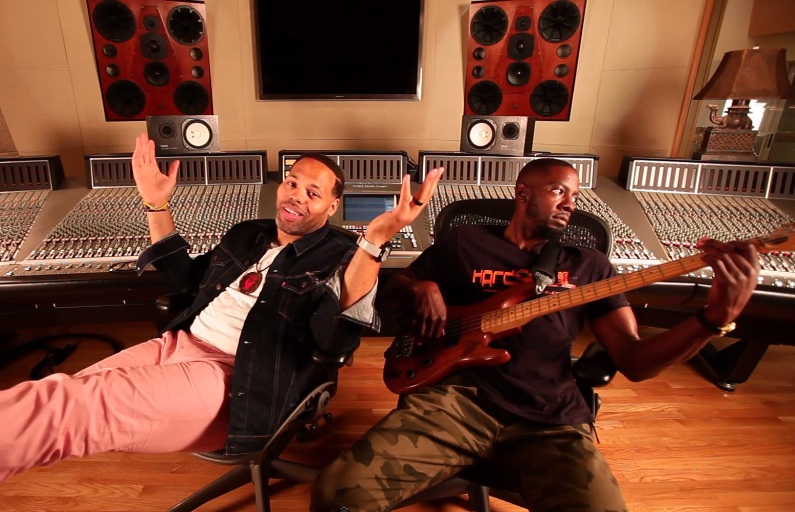 Somehow, some way I managed to miss an Eric Roberson video. I know, I can't believe it either, and I'm pondering the meaning and purpose of my life right now. But, alas, my lateness doesn't affect the greatness of this relatively new set of visuals featuring the SoulBounce fave. In all actuality this music video for "We Can't Finish" is the Jermaine "Hardsoul" Mobley show with Erro in a supporting role. We see the duo making music in the studio then they go shopping at a boutique where a sexy sales associate catches Hardsoul's eye. One thing leads to another and they handle some grown folks' business in private, which wouldn't be a problem if Mr. Mobley didn't already have a Mrs. at home. As you keep watching to see the drama unfold, the music switches over to another Hardsoul cut, his remake of The Gap Band's "Yearning for Your Love." Here we seeing Jermaine taking over singing duties and romancing yet another woman. The two halves of the clip are standalone videos and don't continue the story started in the first, but it's a nice visual and aural combo platter nonetheless.


TAGS:  eric roberson, hardsoul, jermaine mobley, the gap band"
Previous: Shannon Sanders Has A Message In The Music In ‘Man Up’ Next: Pharrell Brings You 24 Hours Of ‘Happy’