Ariana Grande Wants It To ‘Snow In California’ This Christmas 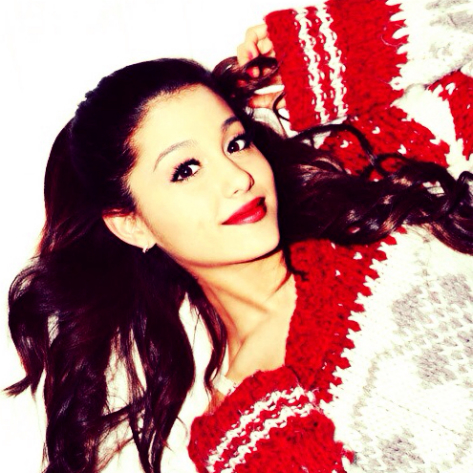 Ariana Grande isn't letting this holiday season pass her by without putting a little something something underneath our Christmas trees. Joining an already long list of artists who've released Xmas albums this year, Grande is throwing her Santa hat into the ring with her EP Christmas Kisses, which will be released on Tuesday, December 10th. Hers is a late entry into the race for your holiday music dollars, but from the songs that have leaked thus far it sounds as if it'll be well worth the investment. Ariana's four-song gift includes the original song "Snow In California," which finds the young songstress putting her lovelorn letter to Sanata to music. All she wants is her baby to stay with her and she's wishing it would snow in California to delay his departure. It's a sugary sweet holiday love song that may find you needing a shovel to dig you out of your feelings after you listen. Or maybe that's just me. Also found on Christmas Kisses will be a remake of Wham!'s "Last Christmas," which has now become a holiday standard. She doesn't quite capture the magic that George Michael and Andrew Ridgeley made almost 30 years ago, but her rendition is cute, which was certainly the case when Ariana performed this song on Late Night with Jimmy Fallon last week with The Roots. Listen to "Snow In California," watch "Last Christmas" with the Legendary Roots Crew and add Christmas Kisses to your shopping list.