‘BEYONCÉ’ Suprises And Delivers With Her Fifth Effort 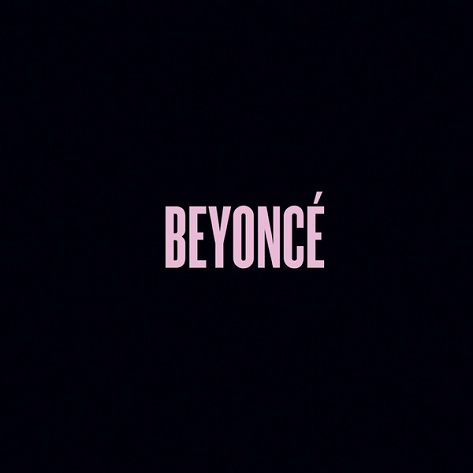 Well, it seems that Janet Jackson isn't the only pop/R&B diva who knows how to keep a huge secret. If case you've been under a rock, at the stroke of midnight, Beyoncé delivered not a single, not a video, but an entire "visual album" of brand-spanking new material without any semblance of warning. Consisting of 14 songs and 17 videos, BEYONCÉ (yes it's self-titled and in all caps, did you expect anything else?) is a rule-breaking statement piece that finds self-proclaimed King B treading in waters both familiar and completely foreign for the singer who went from teen queen to grown woman before our very eyes. With the set having already sold 80,000 copies in its first three hours and her name dripping from everyone's lips and fingertips, there's only one question to ask: Where they do that at?

If you were planning to buy this one as a stocking stuffer for the kids, here's a warning before you press play for your tweens at home: BEYONCÉ isn't for the kiddies. Grown folks are talking here and this is the first Bey album that comes with a "parental advisory" warning for a good reason. Yes, there are some pretty great moments for her fanbase of young girls to hear. Opening track "Pretty Hurts," a bombastic pop track that touts the importance of happiness and inner beauty, and the electronic-leaning "Haunted," while different for Bey, is still fairly tame (though the singer does drop a four-letter word or two before the track ends).

But it helps to think of this as Bey's janet., as there are also moments that Bey gets straight up raunchy, too. The musical four-way that happens after "Haunted" is nothing short of orgasmic. "Drunk In Love" finds her and hubby Jay Z reminiscing about a drunken tryst over a woozy, bass thump-heavy beat as they wonder "how the hell did this s--t" happen?" It's followed by stand-out "Blow," a Pharrell/Timbaland co-produced confection full of thinly veiled come-ons about oral sex ("Pink is the flavor, solve the riddle," Bey sings at one point). The two super-producers play well together, concocting a 21st century '80s joint that just goes. "No Angel" continues the vibe with a simmering, shimmering slow burn perfect for the bedroom that finds the singer relishing her bad boy who perfectly fits her bad girl persona. But these are all foreplay for the freaky pièce de résistance "Partition." Actually two songs (the first one being the trap-ready "Yoncé"), "Partition" is all about a sexy episode Bey and Jay have in the back of the Phantom that she doesn't want the paparazzi or the chauffeur to get a glimpse of.

Cooling her loins long enough to add a bit of emotional depth, she allows her insecurities to show with "Jealous," and she once again preps that freak'um dress to show a neglectful man what he's missing out on at home. Then she's back on one with the D'Angelo-esque "Rocket" as she sings, "Let me sit this ass on you" and sends men everywhere into a frenzy describing a steamy sexual encounter one last time for the set. "Mine" finds Bey linking up with Drake and his go-to producer Noah "40" Shebib for a duet that borrows the Toronto native's sound to effective results. Super-poppy "XO," written by Ryan Tedder and Terius Nash (that's The-Dream to you) is a nice sentiment, but ultimately is perhaps the most forgettable moment here.

However, that's not so for "***Flawless." If you were wondering how exactly "Bow Down" would show up on the set, here is your answer. She reworks the track a bit, keeping the initial part intact, but then flipping the script with a sample of a TED speech done by Nigerian author Chimamanda Ngozi Adichie (yes, you read that right) focusing on feminism. The track then morphs again to an all out battle cry as she lets the fellas know that the women in their lives "woke up like dis" and drops a few "goddamns" for added measure. And, in case you were wondering where the title's three stars come from, the track also samples Destiny's Child's (then known as Girls Tyme) appearance on Star Search, where they received three-stars and lost to the reigning champs.

BEYONCÉ ends on a fairly strong emotional note. The Frank Ocean-featuring and Pharrell-produced "Superpower" is a touching love song full of Ocean-isms and unique production. The last two tracks, though, are perhaps the most vulnerable. Piano driven "Heaven" deals specifically with loss (with many speculating that it pertains to the miscarriage before the singer's pregnancy in 2011) as Bey sings, "Heaven couldn't wait for you, so go on go home." Final track "Blue" finds her reveling in her motherhood as she sings to (and with) her daughter, Blue Ivy Carter. It's a rare and welcome peek beneath Bey's shiny veneer of perfection that is one of the album's most beautiful moments.

Beyoncé, the artist and the album, isn't perfect by any means. Some songs on the album are stronger than others and some concepts just don't fully pan out. But its unique rollout and presentation speak to who Beyoncé the artist actually is. As well, the songs featured here actually do what some thought was impossible: they give the audience a glimpse of Bey's true personality and who she really is beyond all the bright lights and video sets. Here is a set presenting her as multi-faceted, a collection of low and high-class, sensuality and raunch, love and heartbreak. Most importantly, it shows her as a fully grown woman no longer interested in fitting into any mold.