Carmen Rodgers’ Latest Will ‘Make A Way’ Into Your Heart 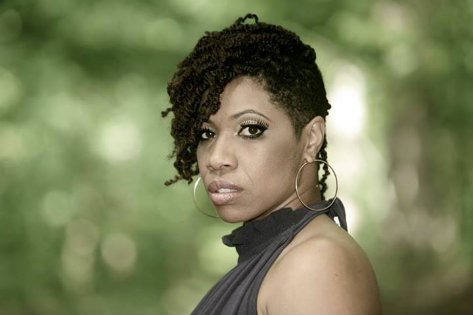 Unless you were living under a rock on Friday, you know that Beyoncé pretty much brought most productivity to a standstill by dropping a surprise CD in the middle of the night. Whether you were brought to tears or only able to muster up mild interest, there's a 99.9999% chance that you had at least one conversation at the water cooler about it.

While the Beyhive was busy losing their collective s**t on "Beyoncé the 13th," singer Carmen Rodgers also surprised her fans with an unexpected treat for their ears by releasing her single "Make a Way" three weeks early. The track, produced by Caleb of SKP Productions and S1 (who incidentally has also worked with Bey), is the first single from Rodgers' upcoming release Stargazer, due out 2014.

The nice mid-tempo groove finds the Atlanta-based singer, who recently hit the road with Zo! and The Foreign Exchange, waxing poetic about love finding her when she least expected it. Check out last Friday's other exciting release right now. And if you're in the Atlanta area, then be sure to check out her upcoming holiday show on December 21st.


TAGS:  audio, beyoncé, caleb, carmen rodgers, s1, skp productions
Previous: Morning Soul: We Might Be Together But Love Is Missing Next: Have A ‘Wonderful Christmas Time’ With Anthony David