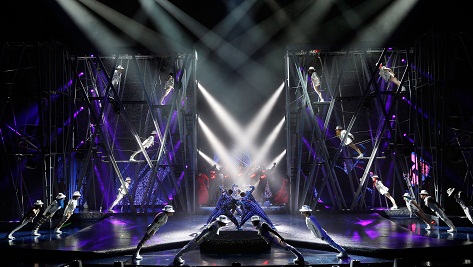 In what turned out to be a night surprisingly full of great performances by acts often overlooked by more mainstream award shows, the Cirque du Soleil excerpt of their Michael Jackson ONE show began to feel more tribute than the cash-in I'd always viewed it as. But really, what aired was a five-minute (likely paid) commercial for the Vegas show, filled with repetitive footage intercut with clips of host Anthony Anderson allegedly being funny, set to the sounds of "Smooth Criminal." All this built up to a finale performance of "They Don't Care About Us" that stripped the song of its tension, urgency and, well... Michael. In this way, the Cirque team did end up paying tribute to Jackson -- by showing that his talent and stagecraft aren't likely to be mass-replicated anytime soon.