Common Rocks The DMV & Raps With Us About His New Album, ‘Nobody Smiling’ 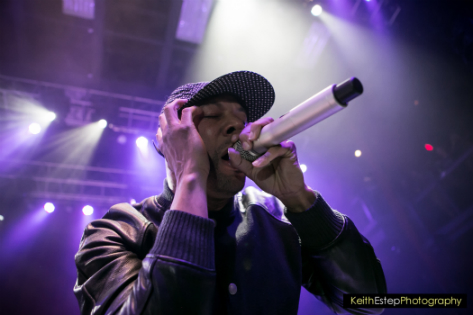 Common, Estelle and Black Alley took their talents to The Fillmore in Silver Spring, MD on Friday, December 27th. With lines wrapped around the block, fans were ready for a show. After an energetic opening from DC's own Black Alley, British songstress Estelle, backed by DJ Quicksilva went straight into tracks from Shine. She performed "No Substitute Love," "Come Over," "Wait A Minute (Just A Touch)" and "American Boy." Estelle took some time to groove with the crowd by singing Crystal Waters' "Gypsy Woman" before she performed new song "Something Good," which also had a dance vibe. "This song is called 'Something Good' cause for so long I was so sad but now a b*tch is happy," she said. Dancing and body rolling on stage, the artist was definitely in high spirits. She played with the crowd, making jokes and ensuring each section was dancing and clapping as she went through her body of work. She ended her set by performing "Thank You" and got the audience ready for Common.

After an interlude, Common burst on stage to "Get Em High." Backed by a band, with Maimouna Youssef on vocals, they performed "Be" to an excited audience. Demont "Peekaso" Pinder was also on the stage creating a portrait of the late Nelson Mandela. Not one to shy away from getting down, literally, Common did a break dance and held a b-boy stance for the smart phone wielding crowd. When he did "Testify," which had a funky reggae breakdown, the audience rapped along with him. He then did an old school medley, with songs by the likes of Fela Kuti, Busta Rhymes and Q-Tip, featuring classic hip-hop tracks "The Choice Is Yours," "Scenario," "Ante Up" and "Vivrant Thing." He floated between albums going from Be to Like Water for Chocolate and Universal Mind Control, performing "The Food," "Nag Champa," "Black Maybe," "Go" and "Poker Face." After "The Corner," Common did a signature freestyle catered to DC, stating, "Maybe next year y'all will do right by Robert Griffin," shouting out the embattled Washington Redskins quarterback. Common gave Maimouna Youssef some shine when he passed her the freestyle baton. She surprised the audience with her emcee skills and ended her rap with a nod to Common and Chicago. Common then ended the show with "The Light" and thanked the audience for their support.

Hanging around for more, the crowd anticipated an encore and Common delivered. The Chicago-bred rapper came back on stage to "Celebrate" from The Dreamer/The Believer. Like most of his performances, Common brought a girl on stage as he did a "Come Closer" and Beyoncé "We Like to Party" mashup. While freestyling again he also mentioned the girl reminded him of his tennis pro ex-girlfriend Serena Williams. Going back to Universal Mind Control, Common ended the show with "Punch Drunk Love" and "Universal Mind Control." 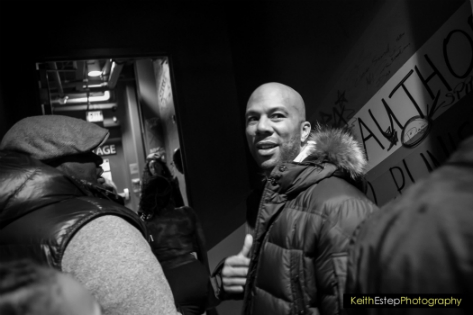 After the concert we caught up with Common right as he was leaving to ask him what he was up to. About to release his tenth studio album, he explained that it was more than music. "The name of the album is Nobody Smiling, and not only is it an album, it's really a movement, it's coming from the spirit of what's going on in Chicago and what's happening in a lot of our inner cities and nobody's smiling," he said. "It's a call to action, but it's really based on hip hop. You know when hip hop really started talking about what's going on, its not only one thing; it still has the fun elements, the sh*t-talking rap. Along with the music component, we're doing a short film, we're doing programs in Chicago, we're gonna expand them, we're gonna do a book. So we really want to not only just do music, but move the people for real."

And as always we had to ask him what made his soul bounce.

Common's album Nobody Smiling is set to be released in early 2014. 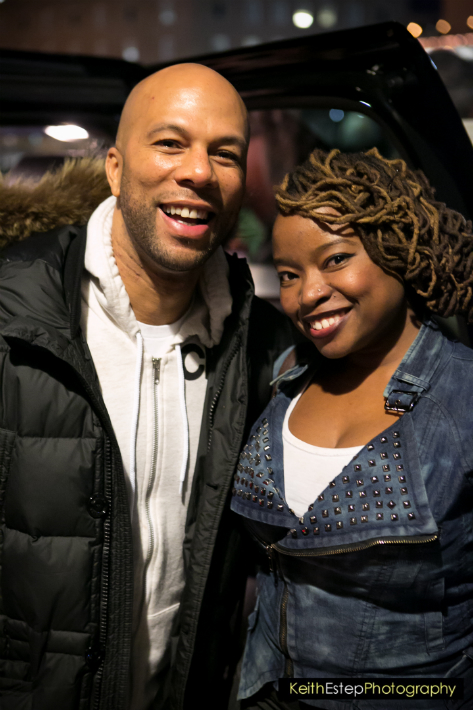