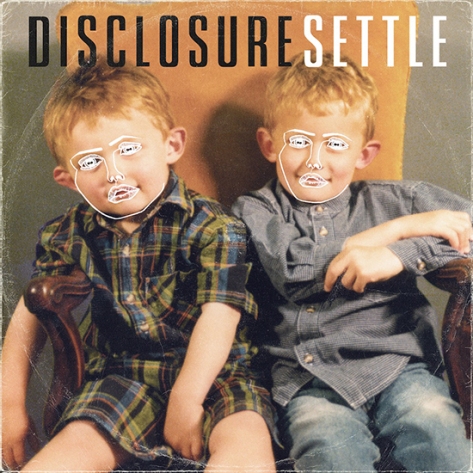 So much for coasting into 2014. This year is going out like a lion with more new music roaring into our collections. UK house sensations Disclosure who've taken the EDM world by soulful storm in 2013 just snagged a GRAMMY nomination for Best Dance/Electronic Album for their brilliant debut Settle. They've certainly got our vote, but in case you've been sleeping on the Lawrence brothers then you can plan to wake up when they release a reloaded Settle next week. UK Bouncers will get the 18-track Settle Special Edition on December 16th, while US Bouncers have to settle for the 15-track Settle - The Remixes on December 17th. The US edition might be a day late and three tracks short, but both projects will feature all the same songs minus two "Boiling" remixes and a "Control" remix. The new and improved Settle package will include the groove "Apollo" and "Together" featuring the dream team of Nile Rodgers, Sam Smith and Jimmy Napes as well remixes from DJ Premier, Kaytranada, Hudson Mohawke, Bauuer, T. Williams, Wookie and many more. Thanks to the magic of SoundCloud we've been able to hear some of these remixes, and this project is officially going to be a problem if DJ Premier's slowed down, body roll-inducing take on "Latch" and Kaytranada's thumping "January" remix are representative of what else is in store. We surely can't wait to find out.