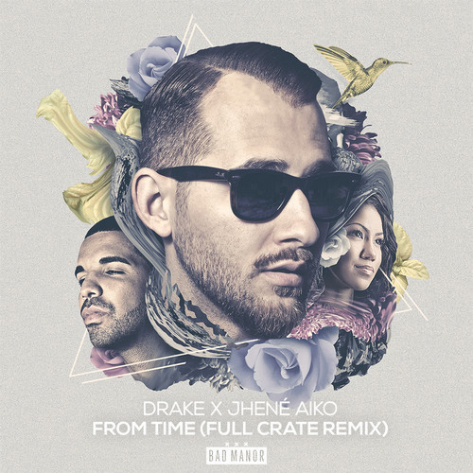 Jhené Aiko has become one of the most recognizable voices in R&B in 2013. Her hypnotizing voice lends to turning up or turning down. It's no wonder why the music she has been involved in has been ample fodder for musicians and producers to rework and remix. SoulBounce fave Full Crate has given a fresh perspective to "From Time," a track taken from Drake's Nothing Was the Same album that everyone from Terrace Martin to Jesse Boykins III has had their hands on. Full Crate slows things down and focuses on Jhené, really bringing out the seduction in her vocals. The important thing when remixing a song that may have been remixed to death is providing a different view. This version sees the song from Jhené's POV and features a small section of her vocals on the hook. Full Crate surely knows how to stand out in the crowd, which is a skill few value anymore.