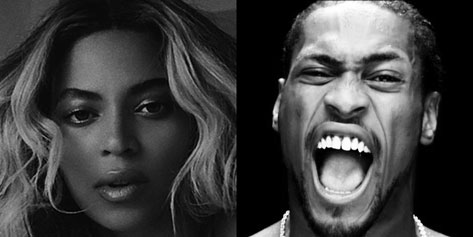 After hearing the first few notes of Beyoncé's "Rocket," it was evident that someone had been studying the D'Angelo playbook very closely, specifically the section that focused on his timeless classic "Untitled (How Does It Feel?)." And, like DJs mixing "Blurred Lines" into "Got to Give It Up" over the summer, it was only a matter of time before someone joined these two musical cousins together. That someone happens to be producer JAYBeatz. Known for having a certain finesse with mashups, JAYBeatz has married the tracks for a little ditty that he calls "Untitled Rocket." As you'd expect, the songs play somewhat well together, with Bey's vocal gymnastics and D's melodic yowls at each song's peak bouncing of each other. However, it's not all smooth sailing. While the two songs are definitely from the same family, they are still different songs.