Jon B. & Bobby Caldwell Put On For Blue-Eyed Soul At The Soul Train Awards 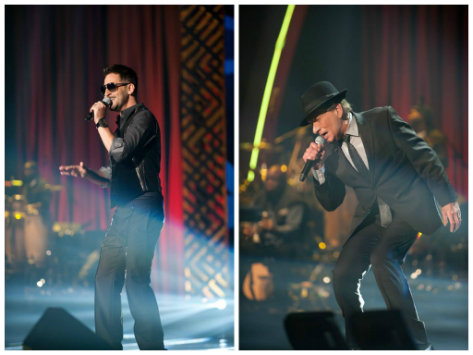 Much hoopla has been made over the term "blue-eyed soul" and its current polarizing gatekeepers, Justin Timberlake and Robin Thicke. However, long before the term was attached to those two, artists like Jon B. and Bobby Caldwell were the keepers of the soulful white boy flame. Last night, the two took to the stage at the Soul Train Awards to remind fans that they hit it first. Billed as a "Blue-Eyed Soul Extravaganza," the performance kicked off with Jon B. performing his 1998 hit single "They Don't Know." He didn't miss a beat as audience members like MC Lyte, Vivica A. Fox and the Braxton sisters welcomed him with open arms by singing along word-for-word. The segment ended on an even higher note when Bobby Caldwell took to the stage to perform his 1978 classic "What You Won't Do For Love." Joined onstage by saxophonist Dave Koz, Caldwell proved he still has more soul than a little bit while performing the soul favorite. Caldwell even found himself trending on Twitter as many realized for the first time that he was white. Whether you were one of the surprised viewers or not, one thing was for certain: it was good to see (and hear) him do his thing live. Hit the bounce to peep this once-in-a-lifetime performance.