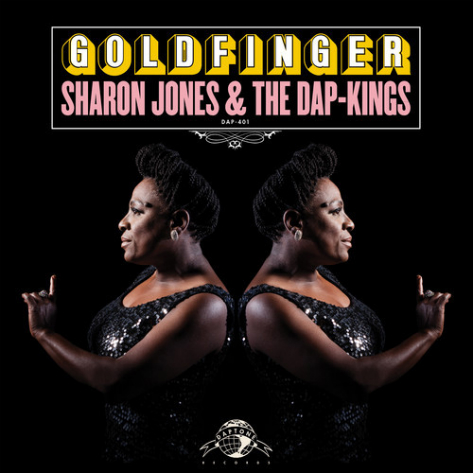 One of the most anticipated movies of the season is Martin Scorsese's Wolf of Wall Street, about a machiavellian stockbroker played by Leonardo DiCaprio. What better song to accompany the movie on the soundtrack than "Goldfinger," borrowed from the classic James Bond film of the same name, and what better group to deliver the cover than Sharon Jones & the Dap-Kings? Sharon infuses the same sense of soul and mystery into the song as Dame Shirley Bassey did on the original but adds her own dose of funk. The Dap-Kings are at their best with superb guitar and brass work that infuses the necessary level of nostalgia to the song. This cover is so well done that many will slap their heads and say "Why haven't they done this before?" This version could fit into the band's previous albums, and I can definitely see this being a staple in their live shows. Let's hope this classy gem will catch fire and drive people to the band's new album Give the People What They Want when it's released on January 14th, and their North American and world tour starting in February.