SoulBounce’s Class Of 1993: Joe ‘Everything’ 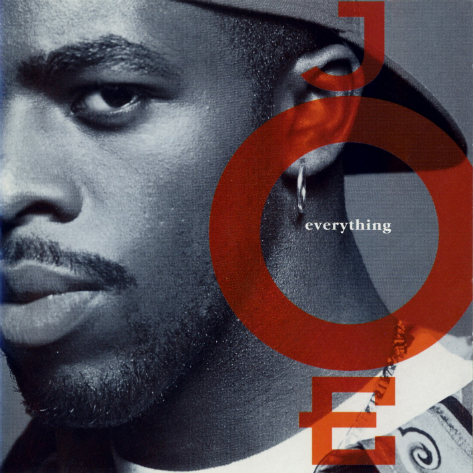 Even though the artist known simply as Joe has had a long career, it's a shame that he never achieved mainstream success and popularity on his own. Of course, he has had success tagging along with Mariah Carey and Big Pun, but his own recordings have never really made an impact outside of the world of adult contemporary R&B. Nevertheless, Joe can easily be recognized as one of the most consistent R&B singers of the past 20 years. As R&B continued to rise, warp and bend in the 1990s, Joe's sound continued to bring everything back to its roots. His debut album Everything still sounds fresh today and gives us many reasons to believe that Joe would be around for a long time.
Center

Everything was definitely a product of the New Jack Swing era, with Joe sounding like a Teddy Riley with his intentions more focused on falling in love instead of hitting the next party or club. Listening to the opening track "The One For Me" brings us back to an era where counting down ("10, 9, 8...") to the start of an album or song was acceptable. The song, filled with cowbell and saxophone, was a fast call to commence a body roll or the snake. The single "I'm In Luv" and album cut "All or Nothing" were solid tracks that made up the essence of the set. With the album being released at the height of the summertime (August 3rd), these "cruisin' around in your car" records will still make you want to take a drive with the top down.

"It's Alright" sampled Mother's Finest's classic 1978 record, "Love Changes" with good results. While this song mainly gets play because of the sample, the chorus was catchy and held its own. "If Loving You Is Wrong" took a lyrical sample from the song made famous by Luther Ingram in 1972. This slow-winding, piano-led song was sure to bring forth inspiration to get to know someone over a wine cooler or two.

Where Everything sort of fell of was towards the middle with "Finally Back," "Get A Little Closer," "I Can Do It Right" and "Baby Don't Stop" all sounding like the tracks that preceded them. This album had its bright spots, but it's hardly a memorable debut unlike records from other artists to drop in 1993. While this record didn't take the listener around any sharp curves, it was a mature, focused debut from an artist who would go on to become of contemporary R&B's great leading men.

Since his debut, Joe has gone on to score seven GRAMMY nominations and create nine more albums. His third album My Name Is Joe proved to be his most successful album producing the Billboard No. 1 hit "Stutter," the No. 4 hit, "I Wanna Know" and a remix of the No. 1 hit "Thank God I Found You" with Mariah Carey and 98 Degrees. His latest album Doubleback: Evolution of R&B was released in July of this year and was a top ten debut, demonstrating that Joe has significant staying power. Joe has obviously taken care of his vocal instrument, because a comparison of his voice in 1993 and now shows very few differences. He also has served as producer on some great tracks from artists like Xscape ("Softest Place on Earth"), Case ("Faded Pictures") and Changing Faces ("That Other Woman"). Now that he has gone independent, Joe continues to show how R&B that sticks to its roots can not only survive, but thrive in this fickle environment.