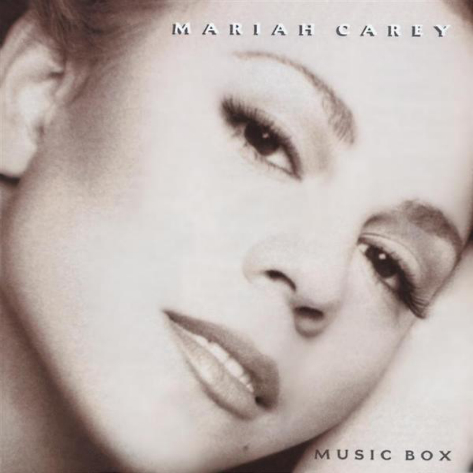 Admittedly, I was not a Mariah Carey fan during the span between her debut album, its follow-up Emotions or her acclaimed MTV Unplugged EP. I more than compensated in later years and now hold the two real albums in high regard among her catalog. But, at the time, I couldn't deal with what I deemed bombastic screaming and just didn't appreciate her ability to hit five octaves. Despite possessing that talent, it was less present (on purpose?) on 1993's Music Box, which was -- arguably -- Mariah's last true pop album. Gone were the wails, not yet present were the hip-hop melodies, and in their place were subtle whispers, more control and plain old singing. It was the best invitation possible and a proper introduction to the pop-R&B powerhouse.
Center

"Dreamlover" kicked off the set and the singles, bringing smiles to the masses with summery "do-do-do-do-do-do-dos" and a video full of frolicking in a grassy field, wearing Daisy Dukes. (Even though she had just married music mogul Tommy Mottola, in hindsight, I'm curious as to who she was really talking to with the lyrics "Dreamlover come rescue me/ Take me up, take me down, take me anywhere you want to baby now.") Yes, this song -- which, I remember, world premiered on a radio station that no longer exists in a city I used to live in -- was the bait that would lead to me asking for Music Box for my birthday a few months later, becoming my first CD (but not my first album -- that honor belongs to the my cassette version of Michael Jackson's Thriller).

The hook was "Hero," originally penned for Gloria Estefan but turned into a signature song by Mariah. Inspirational and aspirational, the tune was an American Idol winner's swan song nine years before the show premiered and the style many contestants imitated as they vied for the top prize.

Music Box's then-unheard filler material validated using my teenage birthday-gift-buying collateral. "Anytime You Need a Friend" was like "Hero, Pt. 2" but with a little bit of gospel. The "I'll be there for you" lyrical content paired Mariah with a choir of strong singers and impressed because, up to this point, most of her performances had been solo efforts. "Anytime You Need a Friend" demonstrated that Mariah could more than hold her own with the black singers that often get relegated to singing backup. It was also one of her first notable forays into embracing "black music" while she was comfortably at the top of the pop throne.

Saccharine-sweet ballads, such as the Babyface-scribed "Never Forget You," and Walter
Afanasieff
's "Just to Hold You Once Again" and "All I Ever Wanted," weren't life-changing forces of nature like previous hits "Vision of Love," "Can't Let Go" and "Love Takes Time," but the toned-down subtlety of each meshed well with the formulaic feel of the rest of Music Box.

That said, the album's title track was perhaps the one that did the best at standing out. Mariah pulled back on belting the big notes, instead using her control to blend with the melody rather than overpower it. Its vocal was also more stripped, complemented by the simple wind-up music box melody that was as soft as a lullaby.

Teaming up with Robert Clivilles and David Cole -- the Cs of C+C Music Factory -- Mariah upped the tempo on the garage/house-lite "Now That I Know" and pop-heavy "I've Been Thinking About You." Much like "Emotions" and "Someday" before them, these two tracks proved Mariah's talent wasn't limited to slow jams and the welcome inclusions pumped up the funk level that was missing throughout the rest of this project.

Depending on who's asked, Music Box is a fairly vanilla effort from Mariah, especially with fans' knowledge of what came before (the aforementioned power ballads) and what came after (the hip-hop-saturated hits). Yet few seem to appreciate its embrace of risk. The less-is-more delivery deviated from the safe route fans were used to, but also set the stage for future songs that embraced samples, hip-hop and dance club beats. It was a straight-singing album, but probably the one that best succeeded at showcasing her voice and her potential. While many of us long for those good old days and the over-the-top notes, Music Box holds a special place within Mariah's career. It embodied the pop princess when she was most ready to be challenged -- and when she was most ready to challenge new fans.