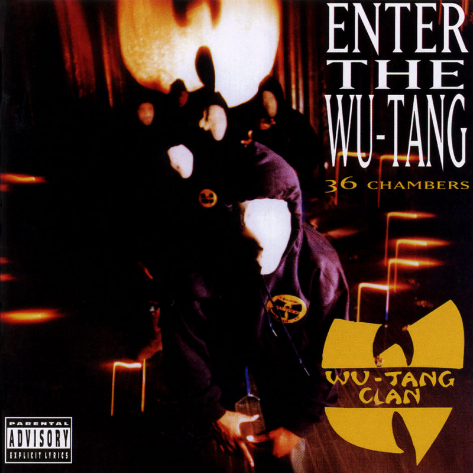 By the time hip hop entered the '90s, it had evolved into a multilayered voice for society's most eclectic generation. There was a cornucopia of styles rooted in this young genre: from the gritty vibe of the East Coast to the mellow, gangsta flow of the West. This golden era also nurtured the party anthems and an embryonic Southern flavor that was smothering the nation with its own dimension of slang. Hip hop always showed hints of its roots in jazz, R&B and rock & roll, but on November 9, 1993 the Wu-Tang Clan -- Staten Island's RZA, GZA, Method Man, Raekwon the Chef, Ghostface Killah, Inspectah Deck, U-God, Masta Killa and Ol' Dirty Bastard -- etched a new dimension with the untapped energy of the martial arts culture mixed with a hardcore, East Coast flow.

Enter the Wu-Tang (36 Chambers) was born and hip hop would never be the same.

Inspired by the 1978 martial arts film, The 36th Chamber of Shaolin, Enter the Wu-Tang encompassed everything right with the state of hip hop in the early '90s. The lyrics were explicit, unorthodox, dismal and humorous. The production, lead solely by mighty RZA, transcended the current formula du jour for rap beats and chose to use menacing percussion laid thick against martial arts sound clips and soul music samples poised to be hip-hop classics. Enter the Wu-Tang (36 Chambers) paved the road for hip hop's East Coast renaissance.

"Protect Ya Neck" was the first single released from the LP and was the quintessential battle rap composition, featuring eight of the nine Wu-Tang members. Most hip-hop heads recall the haunting piano riff and infectious beat of "C.R.E.A.M." featuring Raekwon the Chef and Inspectah Deck. This track became the unofficial anthem of hustlers out there getting money by any means necessary. This was also the Wu-Tang Clan's most successful single from the album.

Despite the heavy martial arts influences, Enter the Wu-Tang was also rooted heavily in the soul music genre. "Can It Be All So Simple" contained an unforgettable sample that was woven perfectly amidst Ghostface Killah and Raekwon's lyricism.

Overall, the album was widely embraced as a hip-hop classic. It was cold, unadulterated and indicative of the harsh world that sought the soothing, jazz-infused hip hop but couldn't ignore the wounds inflicted by the hardcore realities of the streets. The beauty of this LP is that it had all the components of an indie-underground project with the mass appeal of contemporary music -- hence its platinum status. Enter the Wu-Tang is arguably one of the most influential hip-hop albums of the '90s and the pioneering expression for East Coast rappers seeking an honest voice, as well as producers comfort to chop (no pun intended) soulful samples to serve as the backdrop of the realest stories ever told.

Twenty years later, we've seen the members of the Wu-Tang Clan evolve and branch off into solo projects, acting gigs and feature film scores. It's as if they crawled into the fabric of society so that the authenticity of the streets could never be lost in the politically correct, pseudo post-racial world in which we navigate today. This infiltration began with this monumental album that forever changed the landscape of hip hop, rap and music around the world.