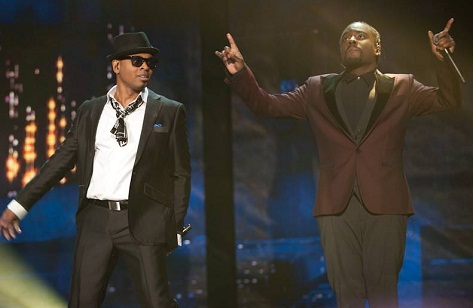 Though last night's Soul Train Awards was mostly about the best and brightest in R&B and soul music, hip hop also got its just due during the telecast. One shining hip hop moment was during Wale's performance of his single "LoveHate Thing." The Sam Dew-featuring track was taken up a notch during the performance, with Mint Condition's Stokley Williams taking over Dew's vocal duties and nods to the soul sounds that inspired the track. A bit of Marvin Gaye's "Inner City Blues" was woven into the song and a rather dapper Wale cut more than a few steps that seemed fresh out of The Temptations' repertoire. However, the star of the performance was Wale as he showed that he can handle himself well whether it be with his hip hop peers or while taking the hippest trip in America.