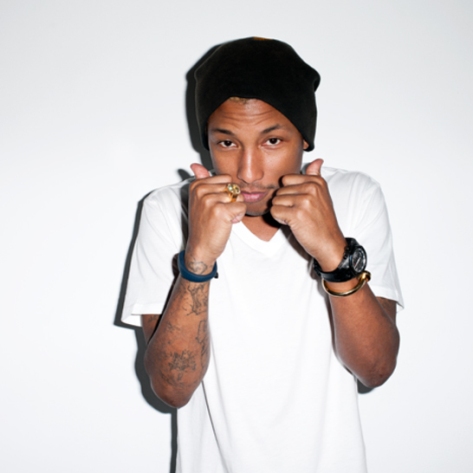 What better way for Pharrell Williams to cap off an incredible 2013 than by announcing that 2014 will see the producer/singer release his first solo album in eight years via Columbia Records. Following up the monster success of Daft Punk's "Get Lucky" and Robin Thicke's "Blurred Lines" -- both of which he had a hand in -- Williams is currently riding high on the charts with his solo single "Happy," which is the first official teaser of the as-yet-untitled project. Although best known as a producer, both in his own right and as part of The Neptunes, Pharrell has built a reputation as a man of many talents, including stints as an MC and a straight-up singer, the latter of which (according to Complex Magazine) will be the focus of the new album.
Center


TAGS:  daft punk, pharrell williams, robin thicke, the neptunes
Previous: Morning Soul: Why Can’t You Keep Your Promises No More Next: Lauryn Hill Shows NYC She Still Has That ‘Ex-Factor’