Disclosure & Mary J. Blige Have A Performance ‘For You’ 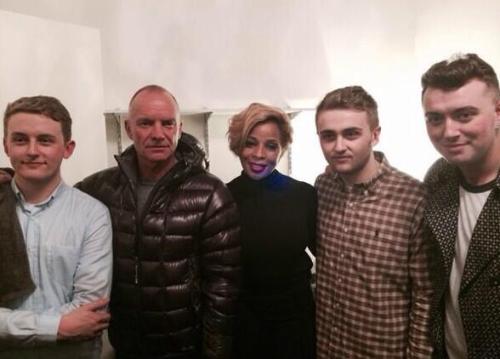 Well we certainly didn't see this coming. At last night's show at New York City's Terminal 5 Guy and Howard Lawrence, better known as Disclosure, had some very special guests in the house, namely Sting and Mary J. Blige. The duo's meteoric rise to fame over the last 12 months has certainly got the big guns interested, so much so that Mary joined the siblings on stage for a soul-shattering performance of "F For You," taken from Disclosure's critical and commercial GRAMMY-nominated smash, Settle. MJB is one of the last artists I had in mind for a Disclosure collaboration but, after hearing this performance, I'm sincerely hoping this won't be the last time they hook up.