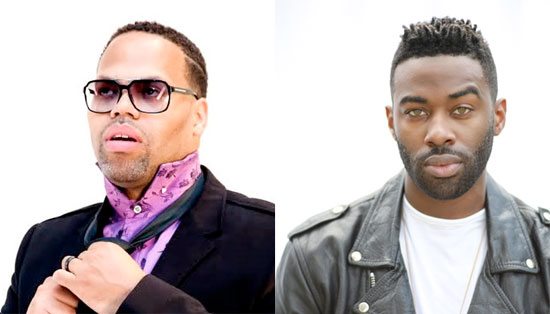 Eric Roberson's B-Sides, Features & Heartaches is sounding like it's going to be our February soundtrack. It's not enough that he's including rarities from his catalog and songs he's recorded with other artists on this set, but there are brand new tracks that he's blessing fans with to tide us over until his new original album is released later this year. We've already fallen for "Anymore," and now he's given us something else hot and fresh to sink our teeth into. And Erro isn't alone, enlisting the services of singer Aaron Camper on the duet "Far Away Girl."

Camper takes the lead on the head-noddable groove singing about a lovely young lady who's caught his eye and heart while he's on the road living that musician life. He's so taken by this woman that he vows to keep in touch and pours his feelings for her into this song. Roberson picks up the narrative on the second verse and continues singing about the "Far Away Girl" who was left behind but is far from forgotten. You don't have to be a traveling musician looking for love on the road to feel this one; if you've ever made a chance connection with someone who ignited something inside of you and left you with nothing but good memories, then you'll be able to relate to the tale told on "Far Away Girl." Camper and his mentor Roberson sound very good together here; let's hope that this isn't their last collaboration.