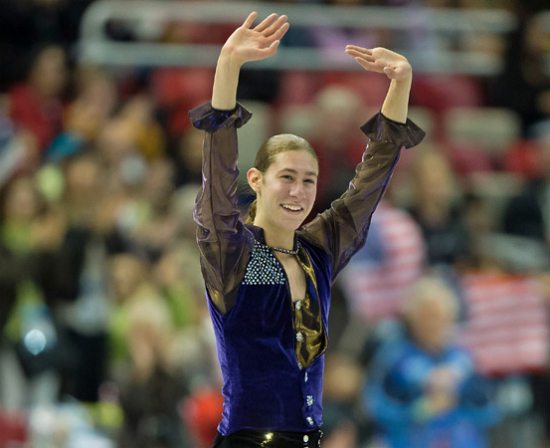 February 7th marks the beginning of the 22nd Winter Olympiad taking place in Sochi, Russia (try finding that on a map). One of the sports that many will be tuned in to watch is the popular figure skating competition. Who doesn't remember the drama of Nancy Kerrigan, the rachetness of Tonya Harding, the grace of Michelle Kwan or the power of Surya Bonaly, the Afro-French beauty who stunned everyone with her forbidden backflips? This time around, we will definitely be cheering on Jason Brown, the 19-year-old phenom from Illinois. At the 2014 U.S. Figure Skating Championships in Boston last week, Jason wowed judges with his intricate choreography set to Prince’s “The Question of U.” Rocking an outfit bedazzled with Prince’s unspeakable symbol and reminiscent of the Purple Yoda's undeniable style, his performance won him third place and booked his ticket on the U.S. team. We don’t know what tricks Brown has up his sleeve for Sochi, but hopefully it will involve more Prince songs and get him to the medal stand.