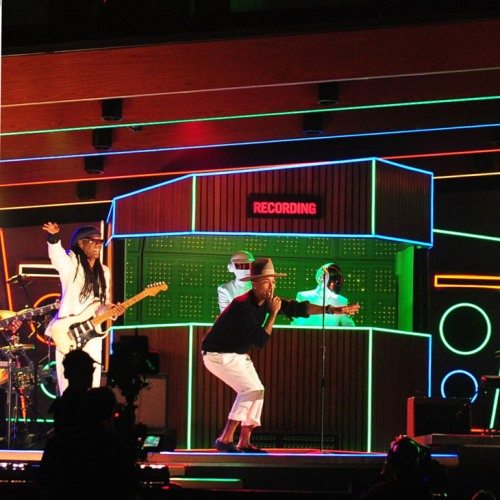 Last night the 56th Annual GRAMMY Awards took place in Los Angeles and there were a crop of SoulBounce favorites amongst the winners. French dance duo Daft Punk not only took home the coveted Record and Album of the Year amongst their five-award haul, but they were also invited to perform their monster hit "Get Lucky" alongside Pharrell Williams, Nile Rodgers and Stevie Wonder. The performance kicked off with Pharrell and Stevie trading "Get Lucky" verses, much to the delight of the star-studded audience, before performing snatches of Chic's "Le Freak" and Daft Punk's "Harder, Faster, Stronger." To top it off they finished with Stevie bringing down the house with "Another Star," which certainly got the likes of Beyoncé, Steve Tyler, Paul McCartney and Bruno Mars dancing in the aisles.