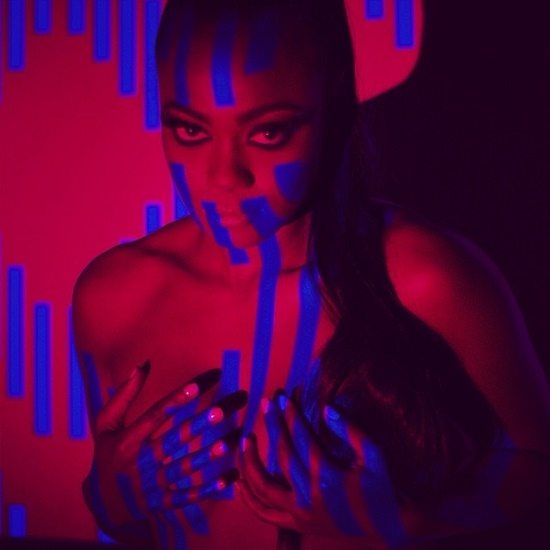 The year was 1998, just before the start of the new millennium, when pop tarts ruled the charts. Tatyana Ali, then best known for her role as Ashley on The  Fresh Prince of Bel Air, made her music debut with her album Kiss the Sky that year. Though it erred to the poppier side of R&B with tracks like "Daydreamin'" and "Boy You Knock Me Out," Kiss the Sky was a solid debut from a burgeoning artist. Unfortunately, just over 15 years have passed since then and now, with Tatyana throwing more of herself into her acting career than her musical efforts. But she's finally returned to us with her new EP Hello. First introduced to the public via a five-minute abstract short film, it features a more mature Tatyana than the boy-crazy 19-year-old we first met on her debut. She sings about finding confidence in herself, heartbreak and learning to let go with an assurance that one can only gain through getting older. Songs like the disco-influenced "Wait For It" and the slightly electronic "Almost Love" also show a maturation in Tatyana's musical sound as well. Gone is the sample-heavy production of the past as the actress/singer's stronger vocals float over production that better suits her abilities. Though, after 15 years, Tatyana's return to music wasn't exactly expected, we can say that it is definitely welcome. Peep the introductory short film right here and listen to the EP on Spotify and let us know if you're ready to greet Tatyana's Hello.


TAGS:  audio, tatyana ali
Previous: Candice Glover Is The Other Woman In ‘Damn’ Next: Hiatus Kaiyote Bring ‘Nakamarra’ To ‘The Queen Latifah Show’