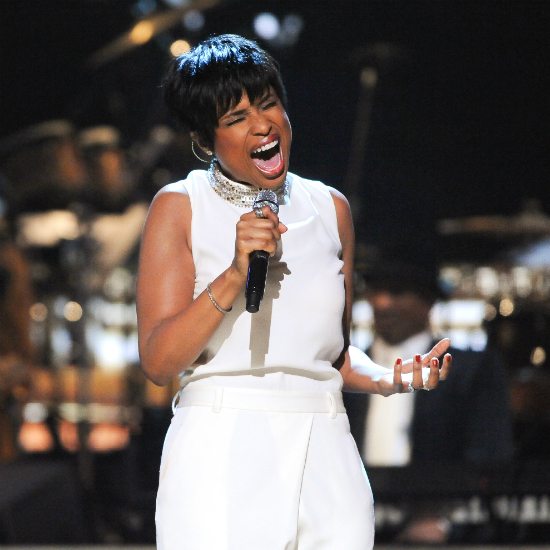 BET Honors routinely showcases not only the best in African-American achievement but also some of the best performances that you'll see on any awards show or network. Last night's BET Honors 2014 telecast was a fine example with one artist after the other showing up on the Warner Theatre stage in Washington, DC to show out. This was especially seen during the Aretha Franklin tribute segment that Karen Clark-Sheard kicked off. Next came the only bit of struggle seen that night when Aretha's son Kpoint Franklin rapped and her granddaughter Victorie Franklin sang in two amateurish performances that weren't exactly ready for prime time. But then came Jennifer Hudson who swooped in like a musical superhero to save the day with a soul-stirring medley of Aretha's hits. She wasn't wearing a cape, but she was rocking a winter white pants outfit while she took the audience to soul school with snippets of "Rock Steady," "Think," 'Respect," "Daydreaming," "Natural Woman" and "I Never Loved a Man the Way I Love You." Aretha's Queen of Soul crown is firmly in her grasp, but with this flawless showing JHud proved that if anyone has next for the title, it should be her.