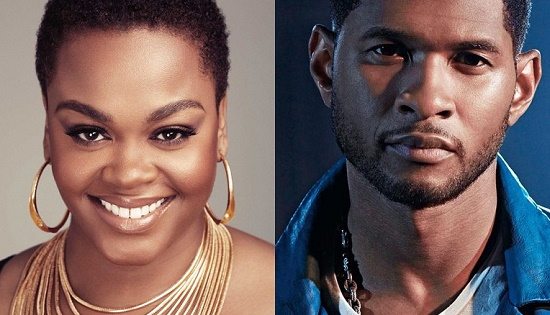 After Judith Hill and Sasha Allen were knocked out of the competition during season four of NBC's  The Voice, I vowed to never watch the reality singing competition again. However, it seems that the show is trying to lure its way back into my good graces. Usher is returning for season six and is bringing none other than our girl Jill Scott on as his guest mentor. Whoever joins Team Usher this season is in luck, as they'll not only be getting vocal lessons from one of the best singers in the business, but they'll also getting tips from one of R&B's most consummate performers as well (anyone who's attended a Jilly from Philly show can attest that Miss Scott puts on a show like none other). Does that mean that I'll be tuning in to The Voice when it returns? That remains to be seen, though I am intrigued to hear what advice Jill will give to the singing hopefuls. Peep Ursh and Jill talking to Extra about the upcoming season and, if you're so inclined, tune in to The Voice premiere on February 24th.