Kelis Gets ‘Saucy & Sweet’ In Her Cooking Channel Special 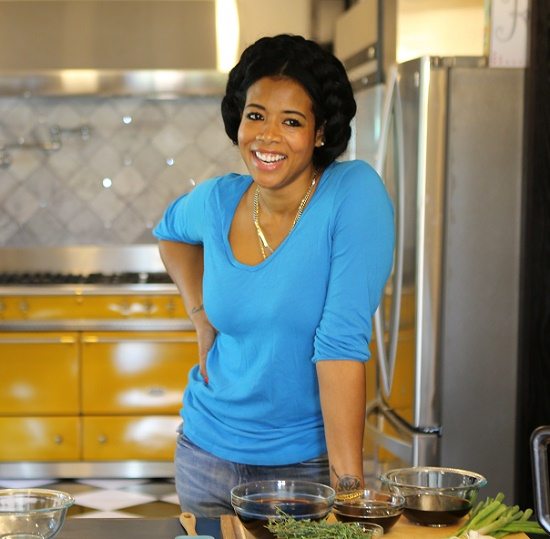 Besides preparing her next tasty musical dish FOOD, Kelis has also proven to be a formidable force in the kitchen as well. The Le Cordon Bleu graduate and saucier (she launched her own line of sauces, Feast, late last year) has a passion for food that even shows up in her music ("Jerk Ribs" anyone?). It's no surprise then that the eclectic Ms. Rogers landed her own special on Cooking Channel. Saucy & Sweet found Kelis sharing both her musical and culinary sides as she prepped the publicity for FOOD and put together a dinner party to thank those involved in the album's creation.

While Kelis has been known for her larger-than-life persona, it was nice to get a peek into her surprisingly normal life as she handled some business, cooked with friends and made some mouthwatering dishes. It was so good, in fact, we wouldn't be mad if Cooking Channel offered us seconds (or, perhaps, a full series order).

Saucy & Sweet aired this past Wednesday, but if your cable provider has Cooking Channel, then you can catch the special's re-airing over the weekend. If you don't have the channel, however, don't worry. You can step inside Kelis' kitchen and check out Saucy & Sweet on the channel's website right now.