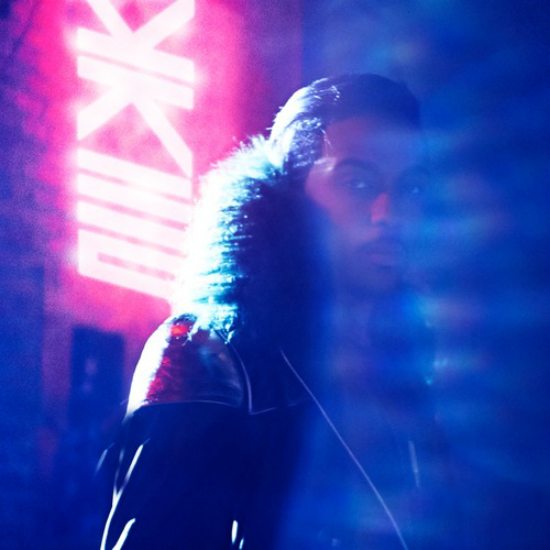 The title Audio Justice may sound like a reality courtroom show where crimes against music are tried in front of a celebrity judge and aural offenders are thrown in the slammer (hey, that's actually not a bad idea), but instead it's the name of the debut EP from new artist Kesington Kross. The only crime here is if you haven't heard it or the lead single "Gimme Your Love" yet. Kesington, or KES for short, calls Compton, Cali home, and he's poised to be the next big thing in R&B. His EP has been bubbling online for a couple of months, and he recently performed a showcase during GRAMMY Week that was well received.

Audio Justice is a dope introduction to Kesington whose influences range from David Bowie and Depeche Mode to Phil Collins and Prince, with shades of all heard throughout the genre-bending EP. The standout cut is "Gimme Your Love," which sounds like a soulful '80s synth-pop record in the vein of Human League or Pet Shop Boys. Fans of Miguel and Luke James should also take a serious liking to Kesington thanks to his vocals and lyrical content on songs like "Horses" and "Arabian Nights." The singer/songwriter is signed to Epic Records and will be joining labelmate Kat Dahlia on tour at the end of this month through early March. If your interest in KES is piqued, then by all means make it a point to catch his live show and cop Audio Justice for free via SoundCloud or AudioMack.