Ledisi & Robert Glasper Experiment Will Be ‘The Truth’ On Tour Together 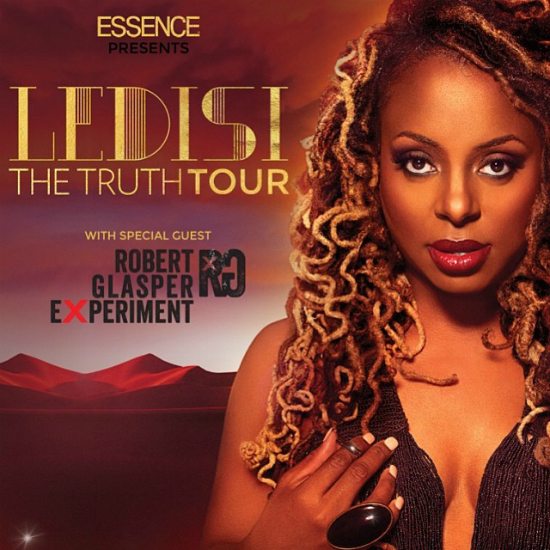 Spring can't come soon enough for those of us in the clutches of Old Man Winter and his homie the Polar Vortex. Many of us are beyond ready for warmer temperatures, April showers and May flowers to make their yearly grand entrance. This spring will also bring another kind of grand entrance for music lovers who'll be able to see Ledisi live on stage on her 29-city The Truth Tour. Led will head out on the road on April 16th in Jacksonville, Florida and wrap things up on May 25th in Sacramento, California. ESSENCE magazine is presenting The Truth Tour, and the good news doesn't stop there. Opening up for Ledisi on the majority of The Truth Tour dates will be the one and only Robert Glasper Experiment. This tour is shaping up to be a must-attend event when it hits your city. You can trust and believe that we'll be there. Keep up with all things Ledisi right here or on her website, and prepare to cop The Truth when it hits the streets on March 11th.


TAGS:  ledisi, robert glasper experiment
Previous: New Target Ad Gets ‘Mighty Real’ With A Little Sylvester Next: Morning Soul: I Can’t Go For That, No Can Do