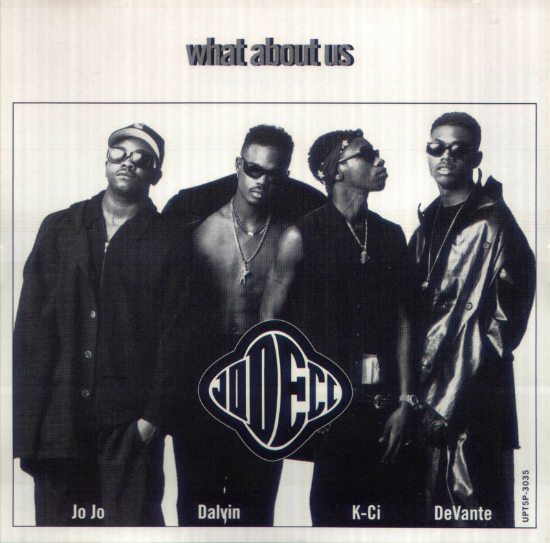 In music news that we didn't expect , super-producer Timbaland revealed during a Hang w/ fan chat that not only is Jodeci working on a new album, but he will be working on it with them. Who knew that that bad boys of R&B, DeVante Swing, Mr. Dalvin, K-Ci and JoJo, were even thinking about recording again, but lo and behold, Timbo said that he met with DeVante and it's on like popcorn. If it really happens, this new Jodeci album will mark their first since 1995's The Show, the After Party, the Hotel, which ended their three-album winning streak. No one could have expected that would be the last we'd hear from these cats who'd go their separate ways with sibling act K-Ci & JoJo thriving for a while on the charts before they fell off as well. But just as the Hailey brothers have dusted of their mics with their comeback album My Brother's Keeper in 2013, the rest of the gang is ready for their time in the spotlight once again. We're cautiously optimistic about this project, because according to Tim, "It does sound good." And if anyone can make them sound good it's the man who owes his success in part to the group who introduced him to the world and gave him his first production credits on their 1993 album Diary of a Mad Band.  We'll see if Timbaland is selling wolf tickets or telling the truth whenever this mystery Jodeci album drops, but if they can collectively create something as remotely knocking as "What About Us," we're here for it.

Watch Timbaland's laid-back Hang w/ chat, where he also spills the tea on Missy Elliott's new album (!!!), gives all glory to God for his success and shares a little known fact that he and fellow super-producer Pharrell Williams are cousins. Talent clearly runs in the family.