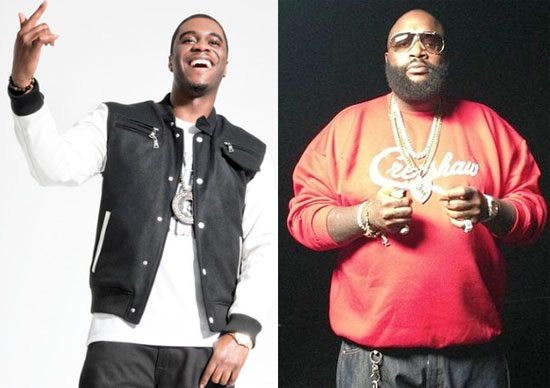 This week is officially dubbed “The Week of K.R.I.T.," aptly named for down south rapper Big K.R.I.T. The Mississippi wordsmith will release seven new tracks online between Monday, March 3rd through Sunday, March 9th to give us a sample of his upcoming release, Cadillactica. Although there is no official release date for the  project, we know the album features production from DJ Toomp, Rico Love and Jim Jonsin.  For the first track from The Week of K.R.I.T., K.R.I.T. and Rick Ross joined forces to bring us a smooth soul-infused track to ride out to. Partnering with Ross on “New Agenda” brings K.R.I.T. up from the underground for a second to bask in the mainstream light. Whether you have a pimped out Cadillac like K.R.I.T. or a pitbull with gold teeth like Ross, both spectrums of rap lovers can appreciate the southern fried track. In case you’ve missed your daily dose of peanut butter smooth Mississippi rap, check out K.R.I.T. and Rick Ross’ “New Agenda” and keep an ear open for the rest of the rapper’s releases throughout the week on SoundCloud.