Brenda Nicole Moorer Is Set To ‘Bloom’ On Her New EP 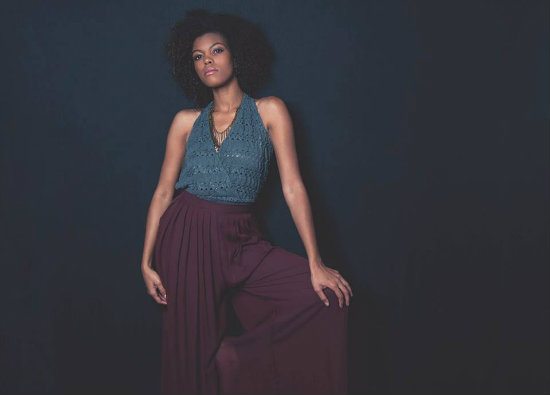 Back in 2002, singer Dave Hollister thought he had the next big thing in girl group Nia. He served as the executive producer on the quartet's debut album I'm Not the One... in addition to lending his production, writing and vocal talents to the project. While the group's time in the spotlight was short-lived, at least one of the group's members didn't let the disappointment keep her from following her musical dreams. Brenda Nicole Moorer went on to provide backing vocals for the likes of Hollister and Julie Dexter. After releasing her debut solo album, Songbird, in 2011, Moorer returns to the scene with a new project under her belt, For Lovers & Believers. Released earlier this month, the three-track EP provides a taste of what she has to offer. With a sweet voice that sounds like a blend between Minnie Riperton and Corinne Bailey Rae, Moorer's brand of soul feels both refreshing and vintage. To craft her sound, she teamed up with SB regular Jesse Fischer, who handled the EP's production. If I had one gripe about For Lovers & Believers, it'd be that it's way too short. When it reached it's end, I found myself reaching to press play again, longing for more of the album's languid warmth. A personal standout is the lead-off song "Burgundy & Alcohol." Head over to Moorer's Bandcamp page to take this EP for a spin before copping it, and make sure to peep the visuals for the project's first single, "Bloom," right here.