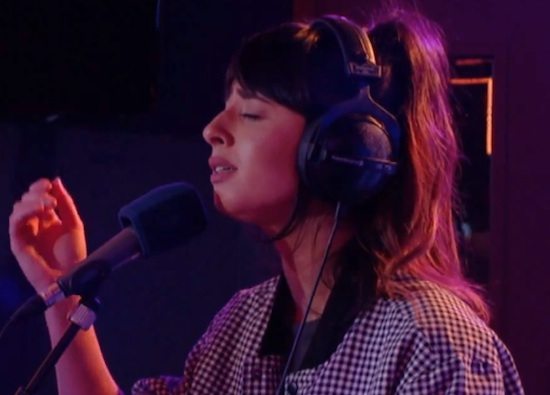 After building momentum with her Rudimental collaboration "Right Here" and a GRAMMY win for Best Dance Recording alongside producer Zedd, British starlet Foxes is gearing up to release her debut, self-titled solo album this May. At a recent visit to the BBCR1 Live Lounge the singer performed a cover of the Pharrell Williams mega-hit "Happy" and showcased exactly why she is being tipped as "one to watch" in 2014. The first half of the song is stripped of the original's frenetic energy, transforming it into a haunting torch song that showcases Foxes crystal-clear vocals. The second half of the track is much more in line with the original, but to keep things interesting Foxes throws in an interpolation of Massive Attack's "Teardrop." We know it sounds like there is a lot going on here, and there is, but it's all executed brilliantly.