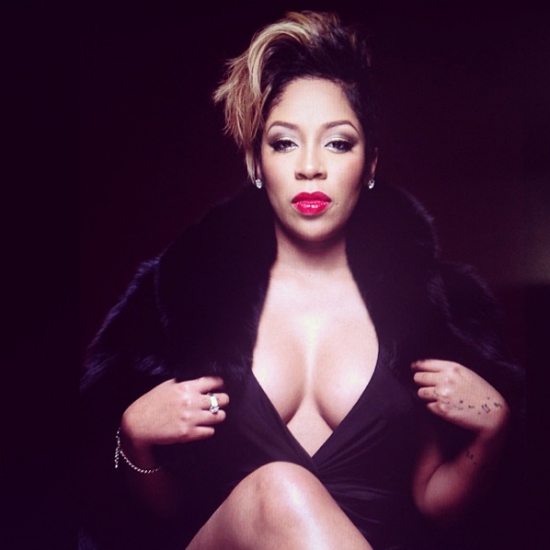 If you thought that 2013 was a big year for K. Michelle, then hold on to your wigs for what she has in store this year. She just dropped a new mixtape and is currently on tour with Robin Thicke opening up for him on his Win Paula Patton Back/Blurred Lines Tour. While she's on the road, you may see camera crew following K. around, which isn't unusual for the breakout star of Love & Hip Hop Atlanta and Love & Hip Hop, but what's new for her is that she'll be starring in her own reality show set to premiere later this year on VH1.

Ms. Michelle gave us the scoop on the project when SoulBounce interviewed her back in November, and now more details have emerged. Previously titled No New Friends, K.'s future reality show appears to have undergone a slight change with it now being referred to as the "Untitled K. Michelle Project" and she may be leaving the ratchet drama behind -- or not -- according to this synopsis.

It looks as if Love & Hip Hop star K. Michelle finally has everything she’s ever wanted. Success, fame, a hit album – but is it all it’s cracked up to be? VH1 will follow K. as she learns to balance life, relationships, and bona fide superstardom with the help of a dynamic group of friends. It may appear like she has it all together, but nothing is as it seems in K’s crazy world. Notorious for her red hair, razor sharp wit and fiery tongue, K. Michelle navigates New York City and her life with a renewed dedication to her son, her friends, and her career. K. Michelle has the life she’s always dreamed of, but will it ever be enough?

It appears as if she may be trying to turn over a new leaf, but will you watch a kinder, gentler K. Michelle who isn't throwing lit candles at her co-stars and cutting them to the white meat with her snaps? That remains to be seen, but we're sure that VH1 has some tricks up their sleeves to get us tuning in.

Something else that K. Michelle and VH1 hope we tune in to is their musical adaptation of her Rebellious Soul album. Described by K. as a "female 'Trapped In the Closet,'" R. Kelly's melodramatic multi-part hip hopera, the musical will be her first foray into acting and will be directed by Idris Elba. There are no details on when Rebellious Soul: The Musical will go into production nor air, but they had us at Idris.

This will be quite a busy year for this R&B diva. Say what you want about K. Michelle, but what you can't do is knock her hustle. [H/T: TGJ]