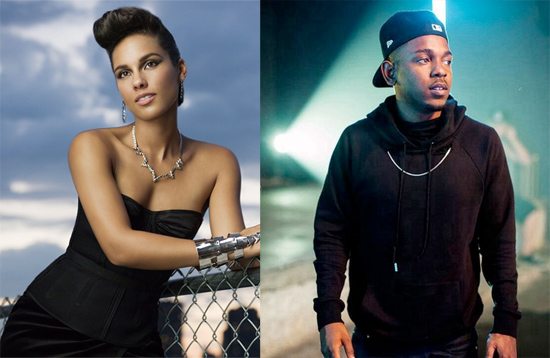 Alicia Keys, Kendrick Lamar and Pharrell Williams have combined forces like Voltron for the sake of creating the newest single from The Amazing Spider-Man 2 movie soundtrack. Keys has had some winning collaborations over the course of her career, and the streak continues with Kendrick kicking off "It's On Again" with a ferocious set of bars. After he spits his fiery hot 16, the hip-hop hero passes the mic to Alicia who unfurls her cape and sings about that superhero life. Alicia sings in her range and sounds good here not straining to hit notes.

Skateboard P, who last worked with Alicia on the track "Know Who You Are" from his new album G I R L, handles the song's production and with the legendary Hans Zimmer. Williams is also amongst the list of collaborators on the film score with Zimmer, and he'll have a song on the soundtrack.

"It's On Again" hits iTunes on April 1st with The Amazing Spider-Man 2 movie soundtrack following on April 22nd and the film itself hitting theaters May 2nd.