Jansport J Proves Himself As A ‘Soul Provider’ 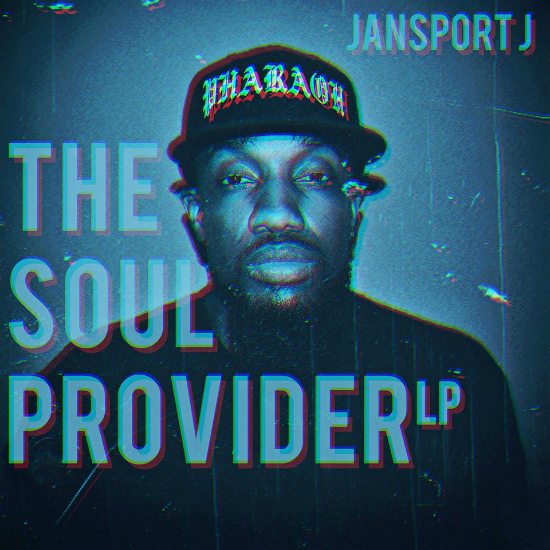 A beautiful thing about the influence of music is its ability to overcome all boundaries. Fans across the world become acquainted with voices that boom through their speakers and later relate to faces that frequent their TV screens. But there are a group of people who often go unnoticed that are said to deserve the same amount of adoration, if not more.

Hardly praised are the geniuses behind history's greatest hits. Responsible for birthing a heartbeat to society’s favorite art form, a producer's gift to mirror emotion through song often begins with only a metronome and a pinch of inspiration.

LA’s Jansport J tells SoulBounce he explored old Soul Train clips and interviews seeking insight for his latest creation. After various nights in the studio he realized the content he was delving into illustrated numerous key points in his own life, making the conception of The Soul Provider LP almost effortless.

Using a variety of classics like The Whispers' "Living Together in Sin," Jackson 5’s "All I Do Is Think of You" and Barry White's "Never Gonna Give You Up," Jansport J reinterprets soul music by sampling words of wisdom from legends like the late Don Cornelius while blending a modern touch on the already timeless records. The project guides listeners through stages of the soul beginning with the discovery of one's calling with “A King Before The Crown,” later transitioning into the scary yet beautiful feelings of “New Love” and concluding with realizations of what it’s all about in “Life.”

Jansport J shares with SoulBounce that The Soul Provider LP came from finding himself not just as a person but as an artist. As the project came together he also felt he was becoming the man he was supposed to be by using God’s gift to give a little more soul to all his listeners. This is the first release from Jansport J after inking a deal with Delicious Vinyl, a label he only imagined being signed to when tapping into his artistry just seven years ago, proving to artists everywhere that dreams really do come true.