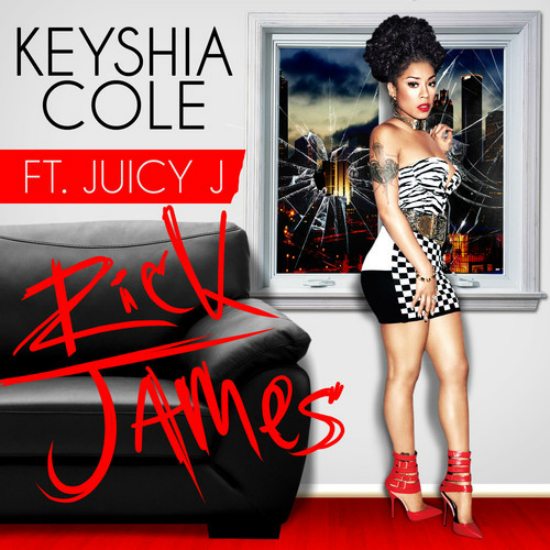 Keyshia Cole is on her worst behavior and channeling her inner Rick James on her new single of the same name. KeyKey has had enough of her man's shenanigans, and she's ready to stomp her feet all over his couch and slap a b**ch like "Rick James" to hear her tell it and rapper Juicy J cosign on his basic bars. This song isn't a Chappelle's Show skit come to life, but it's just as amusing picturing Cole carrying on and wearing a beaded-and-braided wig like Dave Chappelle as the wild funk singer. My imagination is way better than this song, however, which doesn't quite do it for me. Some ingredients are there to make a ratchet&B hit --  hood chick favorite Cole, ripe subject matter in Rick James (seriously, how is this the first time that someone has used his name as a song title?), quotable lyrics -- but the music itself is flat and Juicy J's bars sound remedial. They could have really done big things with this, but ultimately they're just using Rick James' name in vain.