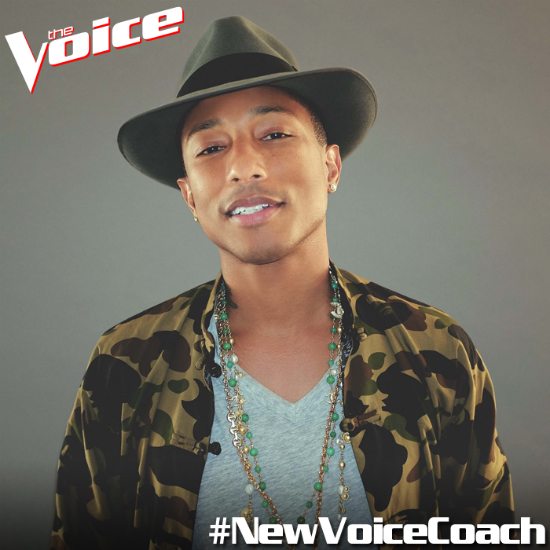 The Pharrell Williams train isn't gonna stop anytime soon from the looks of it. Not content with creating hits for others or making them himself,  the singer/rapper/songwriter/producer/fashionisto is adding another slash and gig to his resume. Williams has been tapped by none other than The Voice to be their new coach, replacing CeeLo Green who stepped down from his position as one of the original judges on the singing competition show. Schedules for the other original judges, Adam Levine, Christina Aguilera and Blake Shelton, are still being hammered out, but Pharrell is a lock and his coaching duties will begin in the fall when season seven begins.

This isn't Pharrell's first foray on The Voice. He was previously seen on season four when he was brought on by judge Usher as a guest mentor. Now the hottest producer in the game is gonna get all the contestants wanting to be on his team when the new season pops off and he gets his own big red and black chair. The Voice is already more about the judges than the contestants, but now it's shaping up to be must see TV for Pharrell fans.