Prince Shares A Classic & Stages A ‘Mutiny’ On ‘Arsenio’ 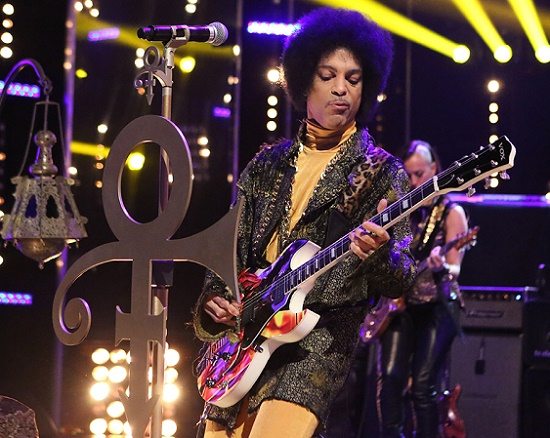 If you weren't tuned in to The Arsenio Hall Show last night, then you most certainly missed out on a true television event. The one and only Prince Rogers Nelson took over the late-night program and painted the entire night (including Arsenio Hall's usually red logo) purple. Besides giving one of the most candid interviews he's done in years, taking questions from members of the audience and even helping one poor schmuck break up with his girl, The Purple One also brought it on stage, bringing the members of 3RDEYEGIRL, NPG Horns and New Power Generation along for the ride.

He opened the show with the raucous fun of "FUNKNROLL," but during the course of the night, he decided to dust off a few songs from his vault. First up was the B-side classic "She's Always in My Hair." The funky jam from his Around the World in a Day era was just as potent nearly 30 years later as it was back in the day as Prince and 3RDEYEGIRL put the song through its paces for the enraptured audience. But that wasn't the only throwback that Prince offered up. Pulling a bit from the catalog of one-time protégés The Family, Prince closed the show with "Mutiny." With the NPG Horns slaying note by note, Prince got on the good foot in the finest of fringed attire and his hat cocked slightly to the side. If anything was to be taken from the last night's show (other than the fact that Prince hasn't aged since the '90s) is that Mr. Nelson will forever and always be the epitome of cool. If you happened to miss the show, check out "She's Always in My Hair" and "Mutiny" right here.