Raheem DeVaughn Is The ‘King Of Loveland’ 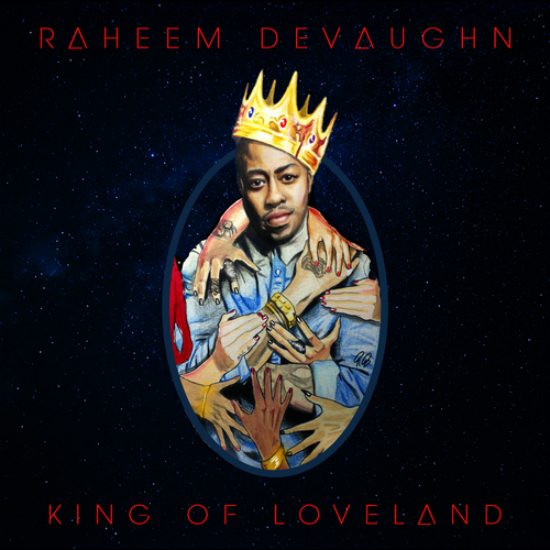 Here ye! Here ye! The Love King Raheem DeVaughn has released a new mixtape for all of his royal subjects to enjoy. King of Loveland is the latest in his string of mixtape releases, and it is a companion project to his last studio album, A Place Called Love Land. That album was so good that it landed a spot on our Hot 16 Best Albums of 2013 list, so expectations were high for this new project, and DeVaughn delivers another collection worthy of your time and attention.

Raheem DeVaughn mixtapes are practically albums in and of themselves, but because they're typically chock full of unauthorized remakes he can't officially release them. But don't let the free price of King of Loveland (or many of his previous freeleases) lead you to believe that he's giving his music away for free because no one will buy it. That's definitely not the case here, and you may even want to find a tip jar to leave a few dollars behind.

Included on King of Loveland are extended versions of selected interludes from A Place Called Love Land. The set begins with "Love King," which brings the "Dear Love Queen" interlude to glorious life, and ends with "Rebirth," which sounds even better as a complete song. Those two tracks bookend this collection that also features Love Land singles "Ridiculous" and "Cry Baby" and the new song "Up For Air" that finds DeVaughn channeling his inner Prince. Raheem shines on his original material, but he totally flexes his musical muscle on the aforementioned remakes.

DeVaughn puts his twist on songs by Wale and Tiara Thomas ("Bad"), Janelle Monáe and Miguel ("Primetime"), Alicia Keys and Maxwell ("Fire We Make") and tracks by R. Kelly, Sevyn Streeter, Jeremih and Visto. The standout of all of these covers on this set is his read of "Fire We Make." He turns the duet into a solo situation, matching the sensuality of the original (and Maxwell's falsetto!) note for note and marking his territory with passionate ad libs. Raheem gets a little raunchy on a few tracks, but before you clutch the pearls it should be noted that he self-censors and there's actually very little vulgarity on the mixtape (with the exception of "How That Pxxxy Taste"). You may not want to play this around the kids since these songs are primarily for grown folks, but the adult activities are more implied than explicitly stated.

At various intervals on this mixtape, Raheem states, "Love Land 2 coming soon," so the voyage into this magical musical kingdom won't end here. If what Raheem DeVaughn has on the way is anything like A Place Called Love Land or King of Loveland, then this Love King won't be dethroned anytime soon.