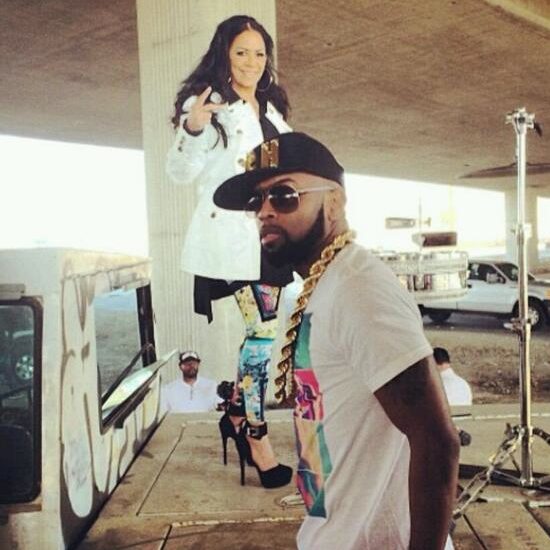 B. Slade has certainly been putting in work behind the scenes with a host of legendary artists, and it looks like this is the year he will reap the harvest. As Sheila E. unleashes her brand new album, which is appropriately titled Icon, she has whipped out a fiery new single produced and featuring the San Diego powerhouse. “Fiesta” finds the duo turning a party out with the perfect blend of funk, hip-hop and Latin influences. “Can’t nobody rock a party like Sheila E./Party people get your hands up in the building,” B. Slade warns, before wailing over Sheila’s signature drum break. Word has it that these two have been trekking through California shooting a video for this jam, and we’ll be catching a glimpse of it pretty soon. Along with this funky collaboration, Sheila’s new album also includes guest appearances from Ledisi, MC Lyte and the mighty purple one himself, Prince. Sheila E.’s incredible new album Icon is now available via iTunes, Amazon and Spotify. As for B. Slade, we have yet to hear the last of him as his projects with Faith Evans, Chaka Khan and Shanice are all on the way.