These Roman GianArthur Live Performances Prove He’s Got Next 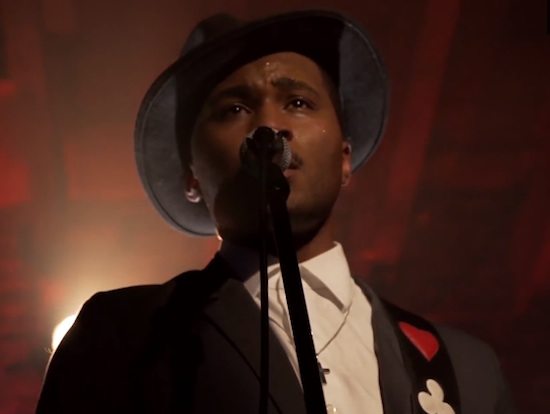 I first fell in love with Roman GianArthur's voice and style in 2012 when I heard his unique and impressive mashup of Radiohead's "High & Dry" and D'Angelo's "Send It Off." Then I had the great privilege of seeing Roman perform live in Philly when he opened for Janelle Monáe's The Electric Lady Tour last year. As soon as Roman stepped on stage, with his fly hat cocked to the side and his equally stylish band, I knew the audience was in for a treat. Philly audiences are usually tough to impress, but after Roman rightfully took ownership of classic songs from the likes of Stevie Wonder, Lauryn Hill and Erykah Badu, we all wanted more. For a quick second, I forgot that I was there to see Janelle.

If 2012 was the warm up and 2013 was the first lap, then I fully expect Roman GianArthur to break out from out from the Wondaland Arts Society pack in 2014. Recently, Roman performed a live showcase from NYC's MSR Studios, which was captured exclusively by The Boombox for their Live Bytes music series. Get a taste of Roman's story of bittersweet love in his original single, "Contrition," which kicks off with a little of L Boogie's "The Sweetest Thing," followed by another original track, "Canopy." After you take those two in, do yourself the favor and watch the rest of his performances of SoulBounce favorites "I-69" and the aforementioned "High & Dry."