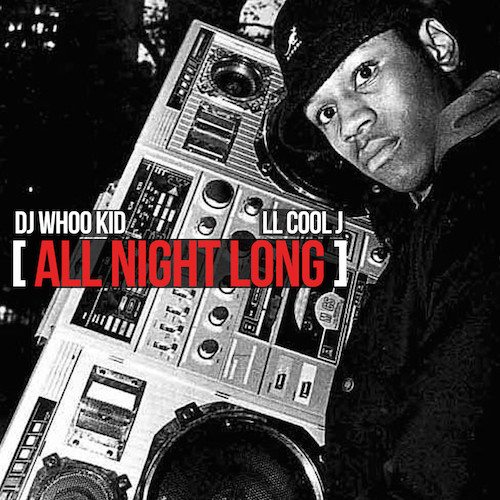 We may be still wincing at the awkward country/hip-hop pairing on last year's "Accidental Racist," but while we haven't been quite able to let that particular moment go, it seems that LL Cool J has officially moved on to the next one. Collaborating with the legendary DJ Whoo Kid for his upcoming The N-Word Bond Project, Uncle L is back on his nasty grind for his new track "All Night Long." Utilizing an inspired flip of Wish and Fonda Rae's '80s classic "Touch Me (All Night Long)," LL waxes erotic about what he'll do to your girl. And, though he's tried to clean up his image in the past, the now-46-year-old rapper is back to his "Doin' It" ways as he drops more than just four-letter innuendos about hittin' it from the back and making your girl's toes curl. While it's nice to see LL back to some of his old tricks, his verses here aren't as strong as his more classic material. Instead, he's kind of carried by the bump of the nostalgic beat, which in itself warrants a listen. There's no exact word on when The N-Word Bond Project will be dropping, but you can listen to "All Night Long" right now.