Alicia Keys, Kendrick Lamar, Pharrell & Hans Zimmer Save The City With Music In ‘It’s On Again’ 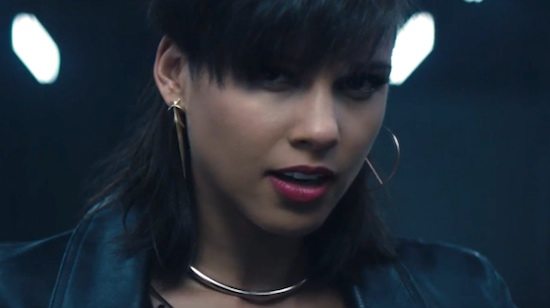 It's light out for the city that never sleeps, but Alicia Keys, Kendrick Lamar, Pharrell Williams and even Hans Zimmer are here to save the day and flip the switch in the music video for "It's On Again." The visual companion for the song from The Amazing Spider-Man 2 soundtrack borrows a few clips from the feature film starring Andrew Garfield as Peter Parker/Spider-Man, Emma Stone as Gwen Stacy and Jamie Foxx as Electro, one of many villains in the movie and the one who has control of the city's power grid. The city goes dark in the video, but Keys, Lamar, Williams, Zimmer and his orchestra bring everything back to life -- and to the light -- with their heroic music.